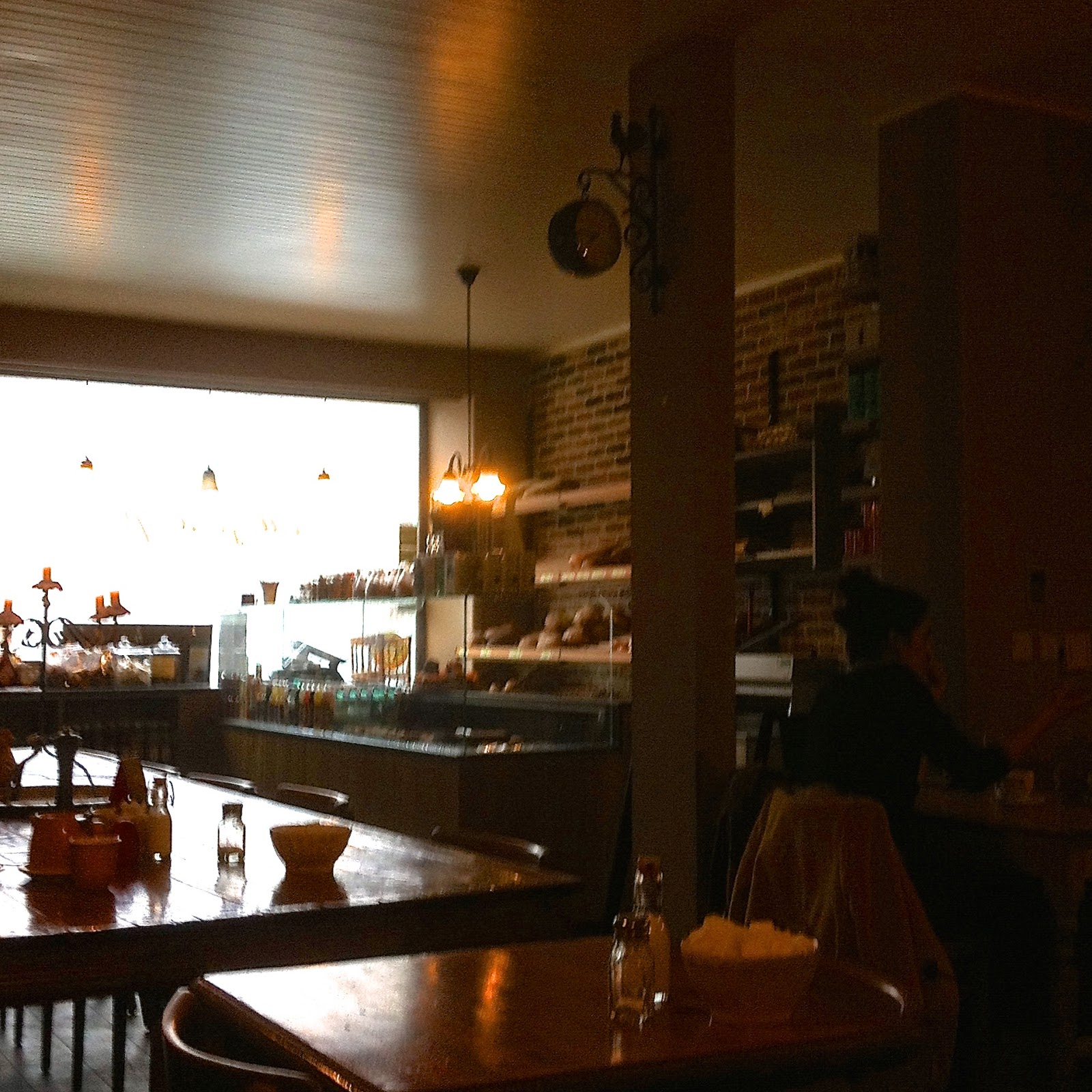 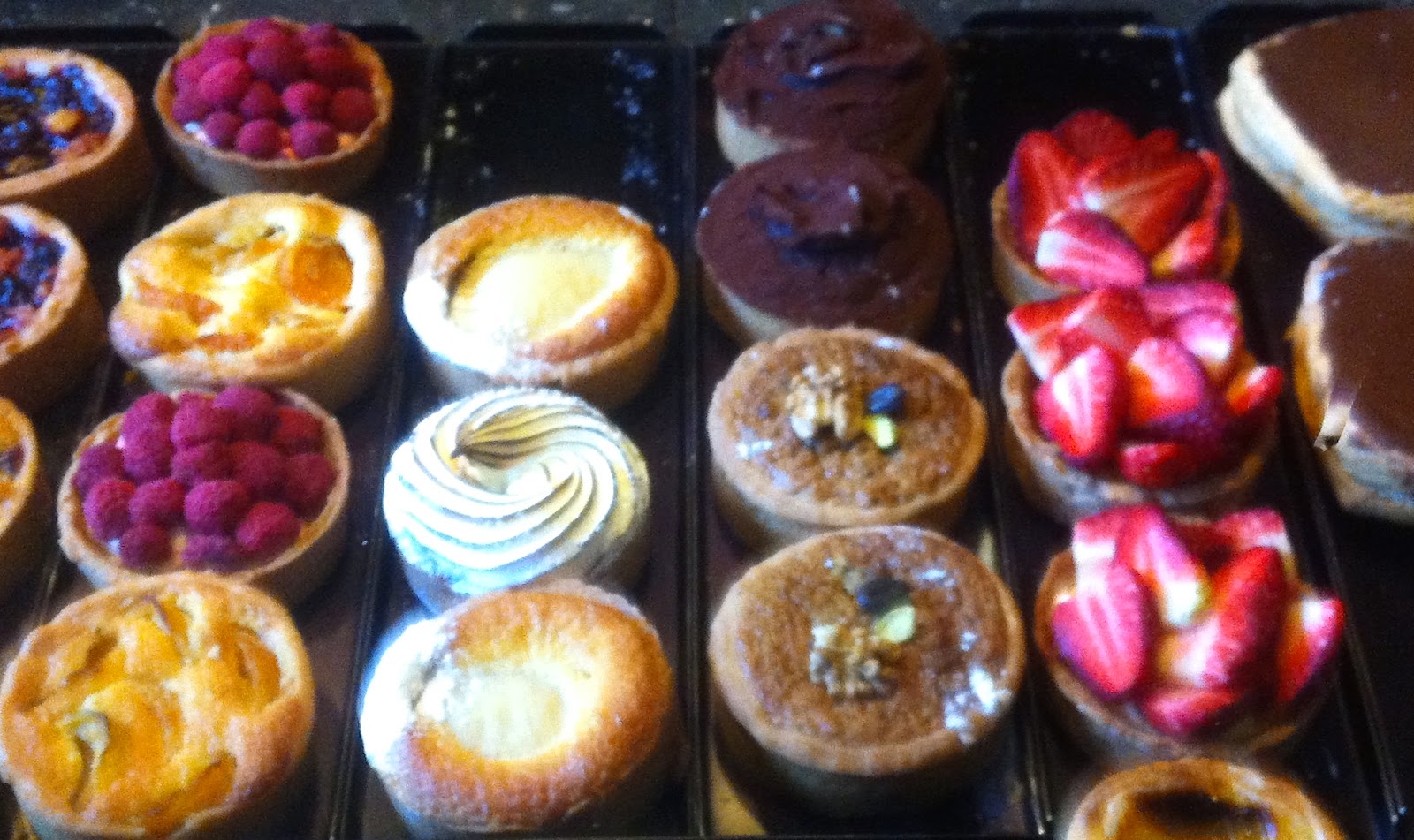 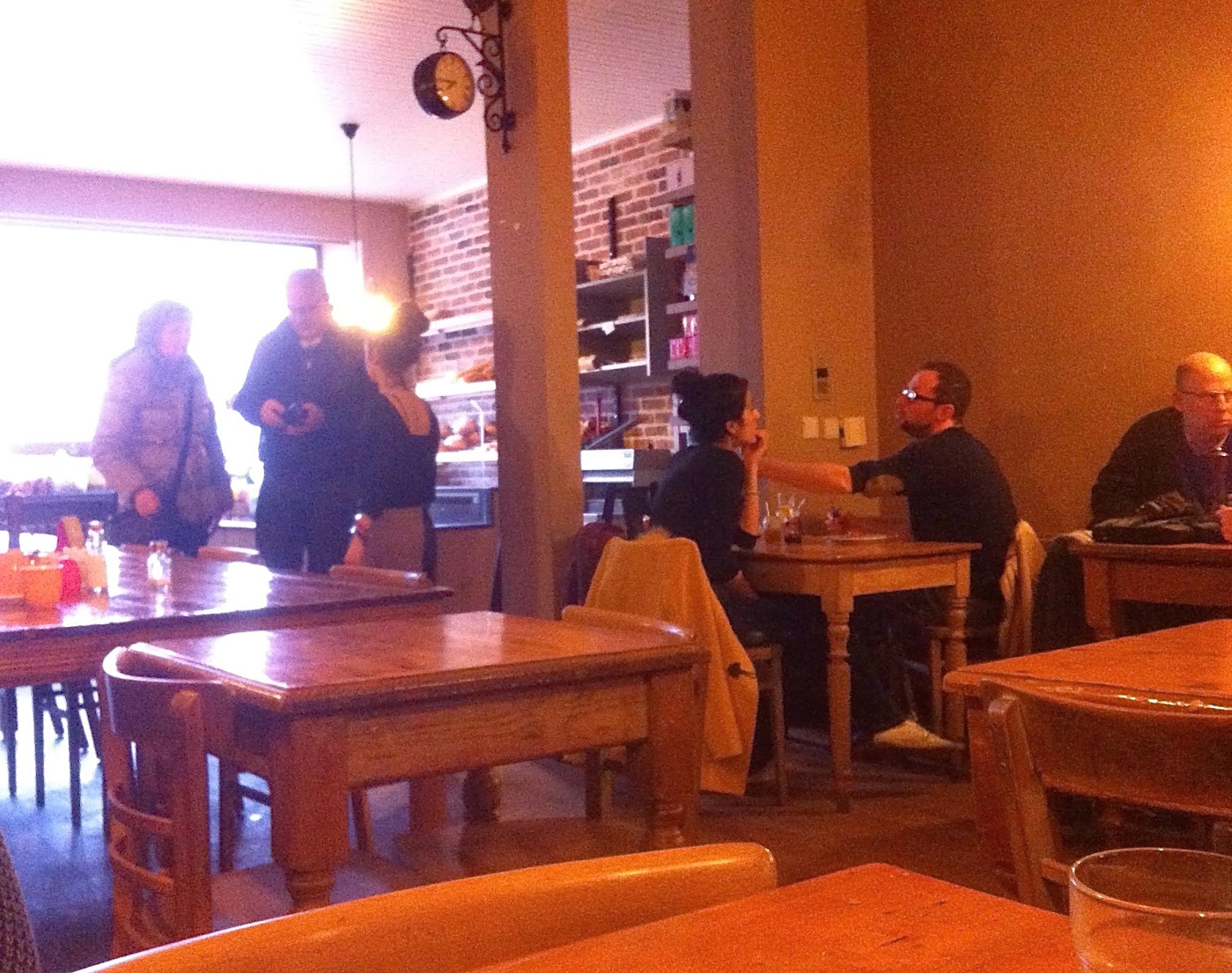 The Village du Pain on Place Brugmann is perfect for late breakfast/lunch/brunch, a very cosy place with a great ambiance.
Many customers just hop in to take out the bread, croissants, quiches and pastries. Sur place, however, you can enjoy a varied selection of  salads, homemade pancakes genre galettes from Brittany, many different toasts (my favourite is the one with artichokes and grey Northsea shrimp), lasagnes, etc ., not to mention delicious coffees and cappuccinos offered with homemade brownies. Friendly service and just simply a fun place to enjoy time by yourself, or to get to know other customers when you are seated at the restaurant's long table.
Ideal for brunch on a rainy Sunday like today -- and even better outside on the Place Brugmann terrace on a warm sunny day.
Village du Pain, Place Brugmann 32, 1050 Ixelles, tel 02-343.01.59
see also the review on
https://tastesofbrussels.wordpress.com/2013/06/02/stop-off-here-for-coffee-village-du-pain/

In and around Brussels' Atomium 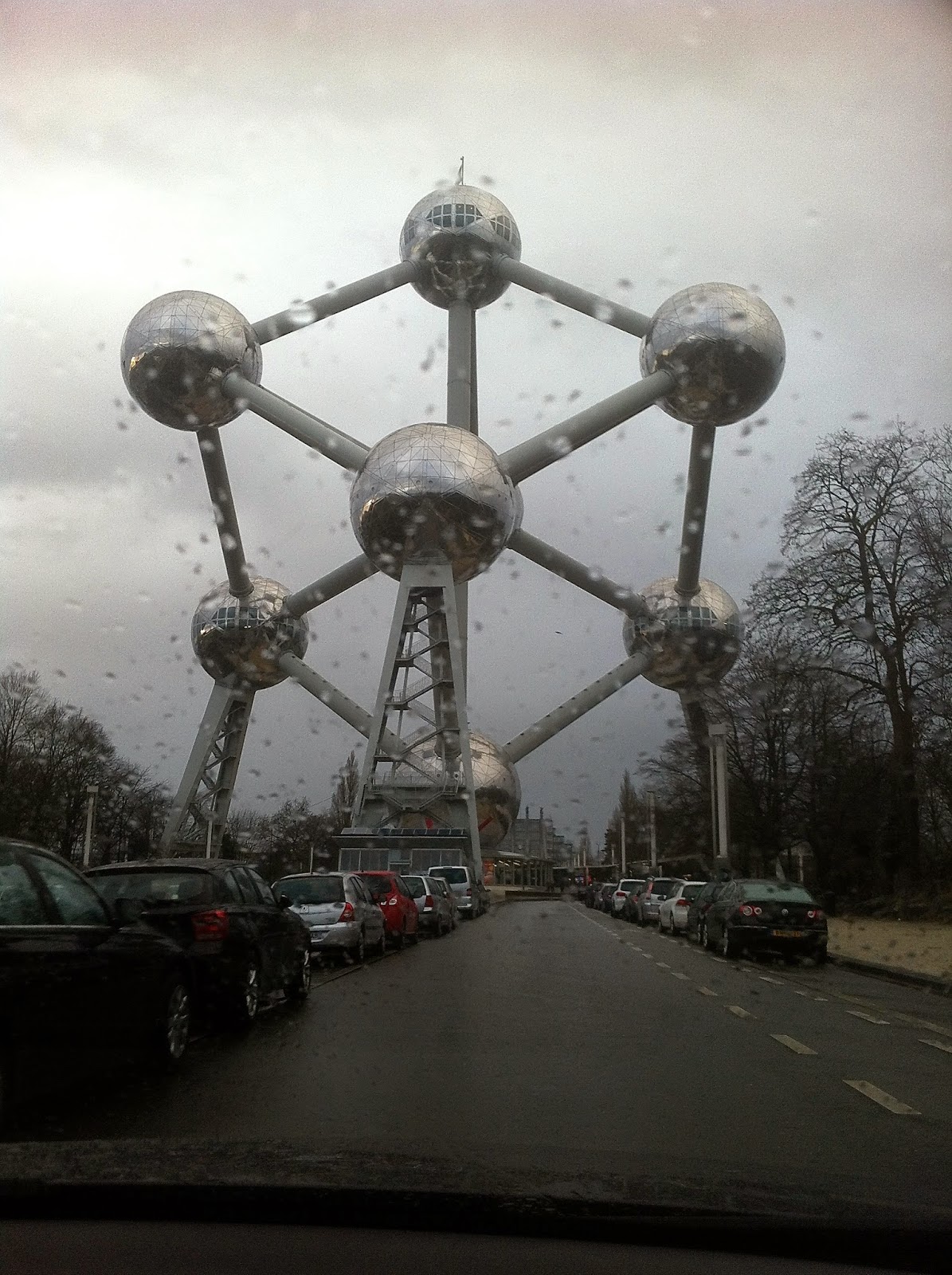 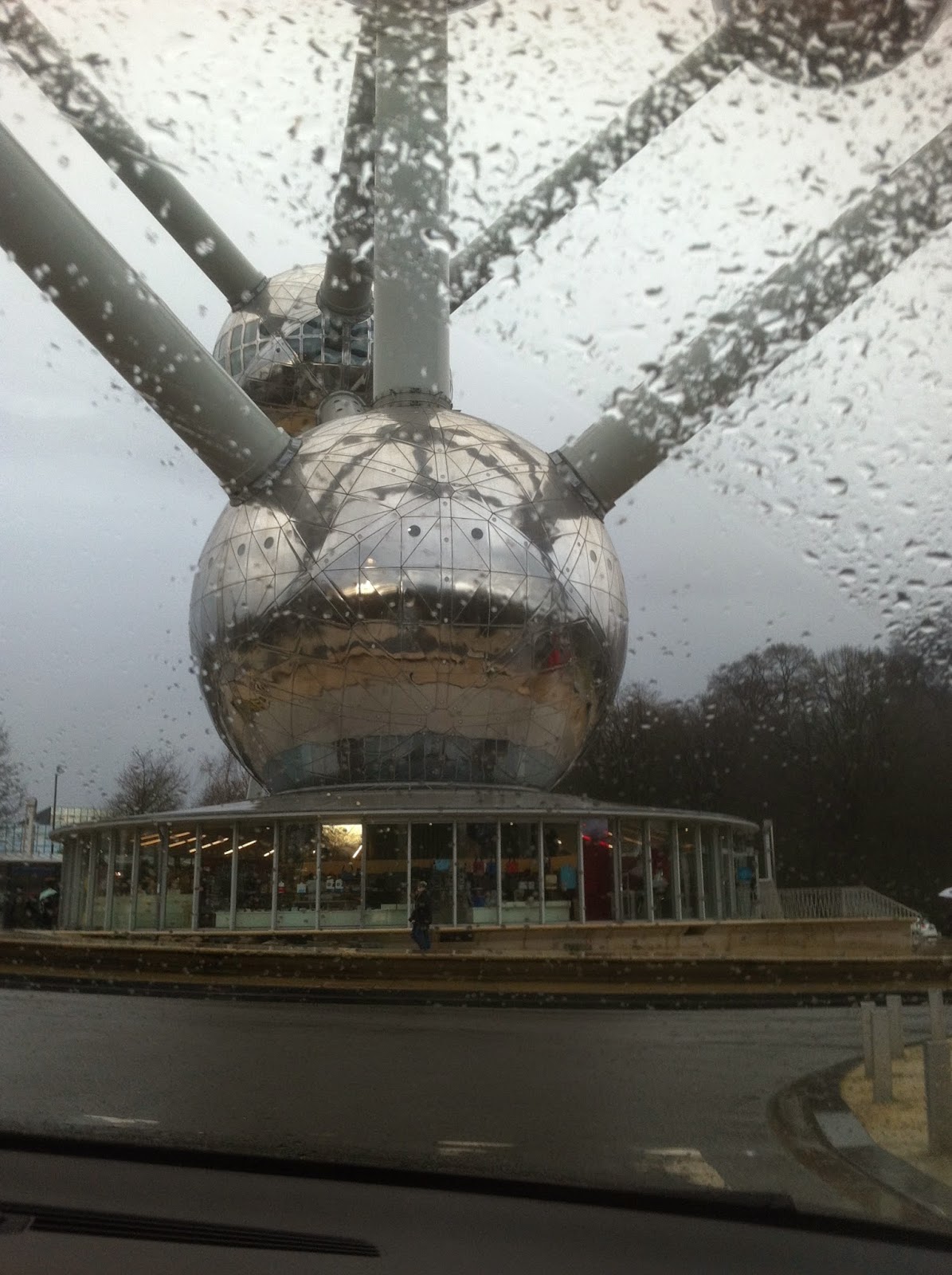 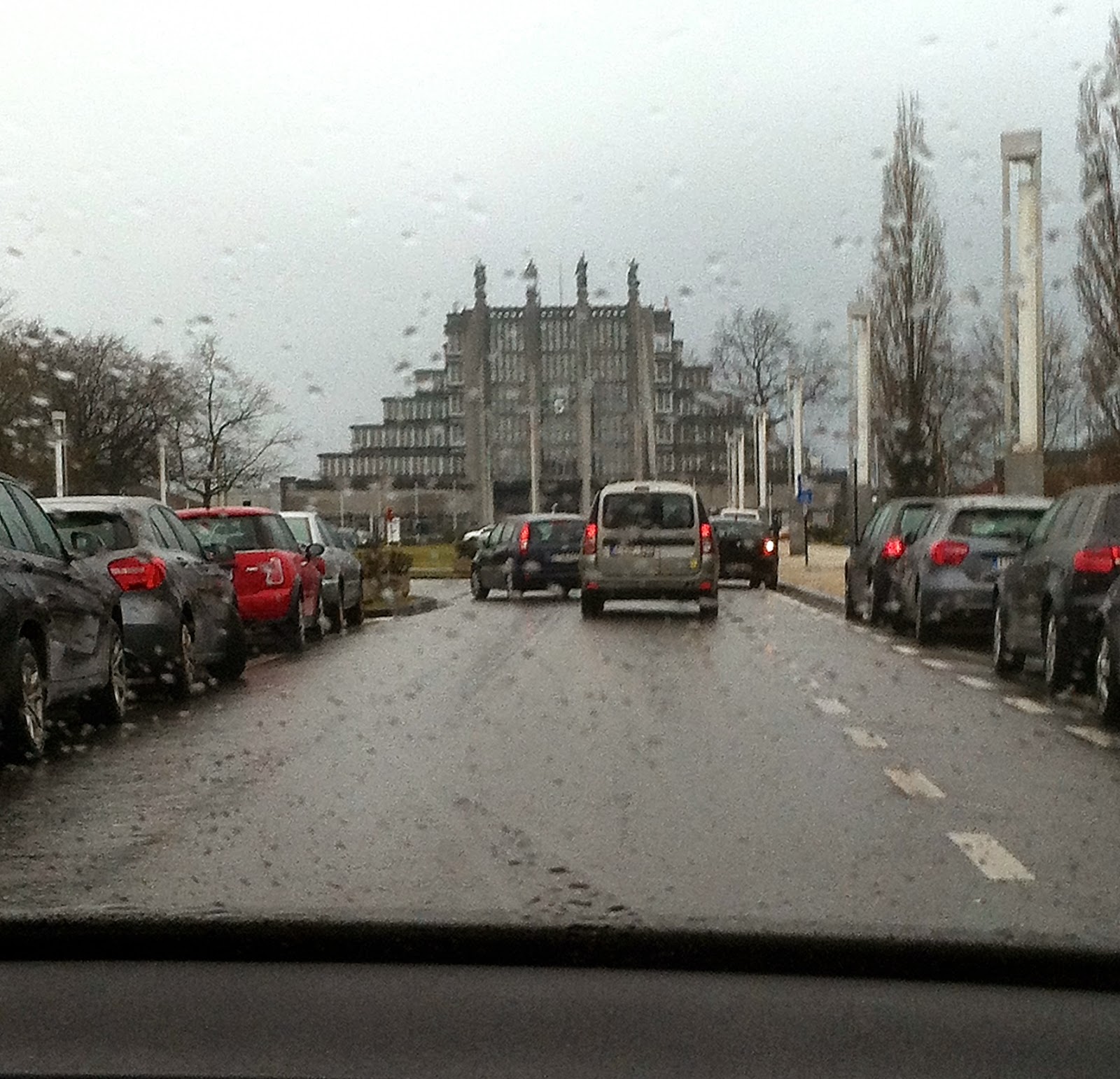 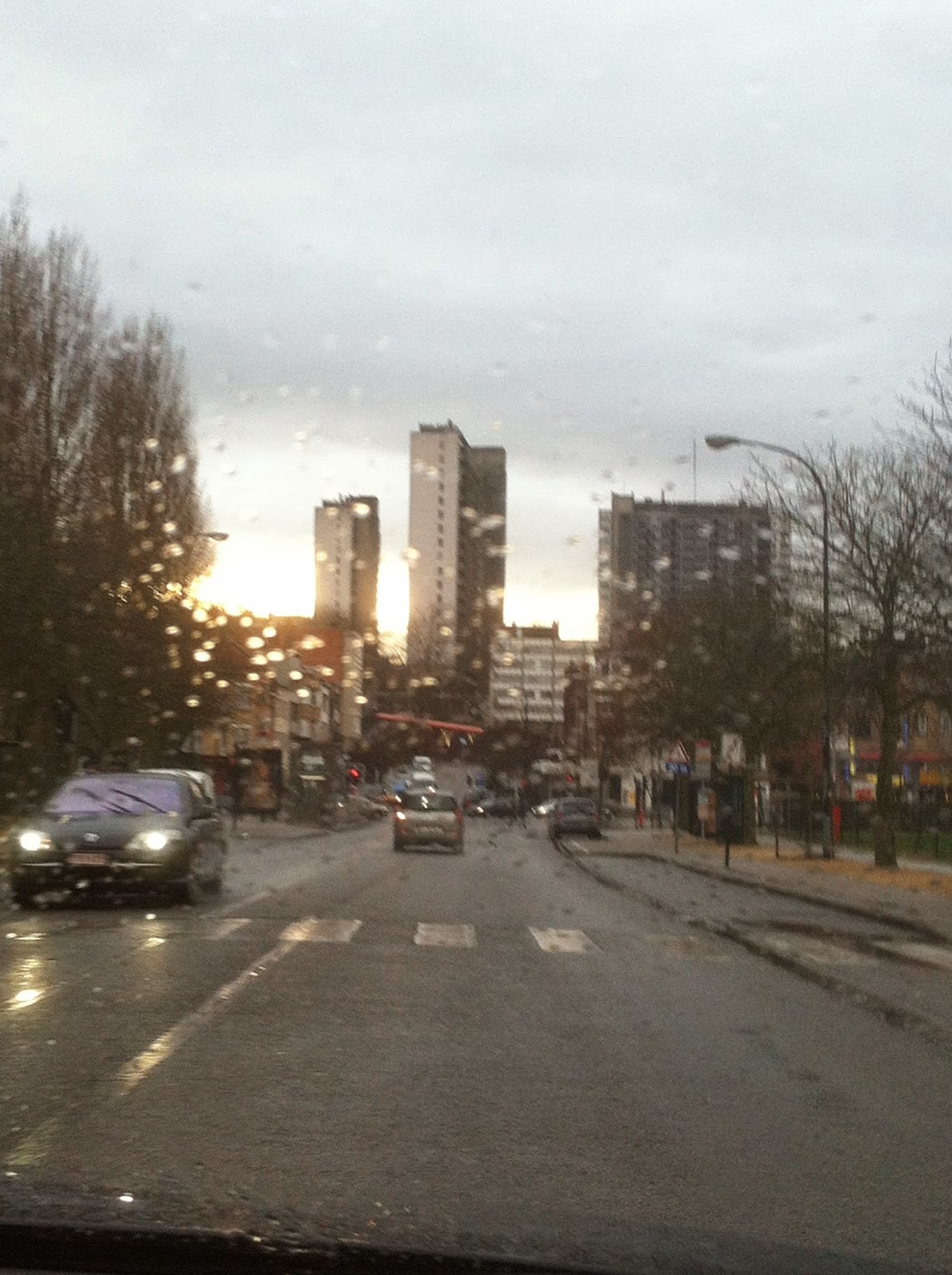 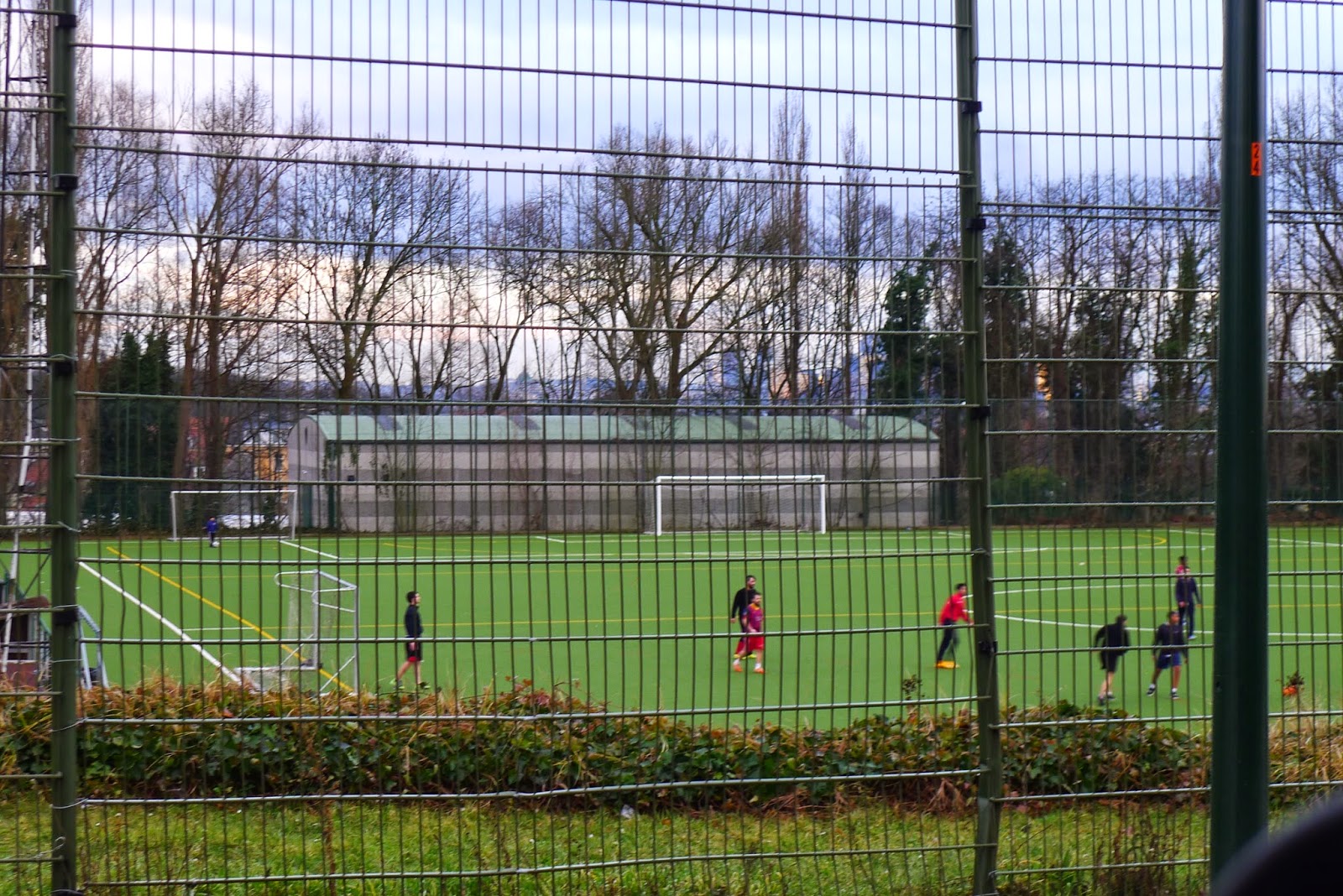 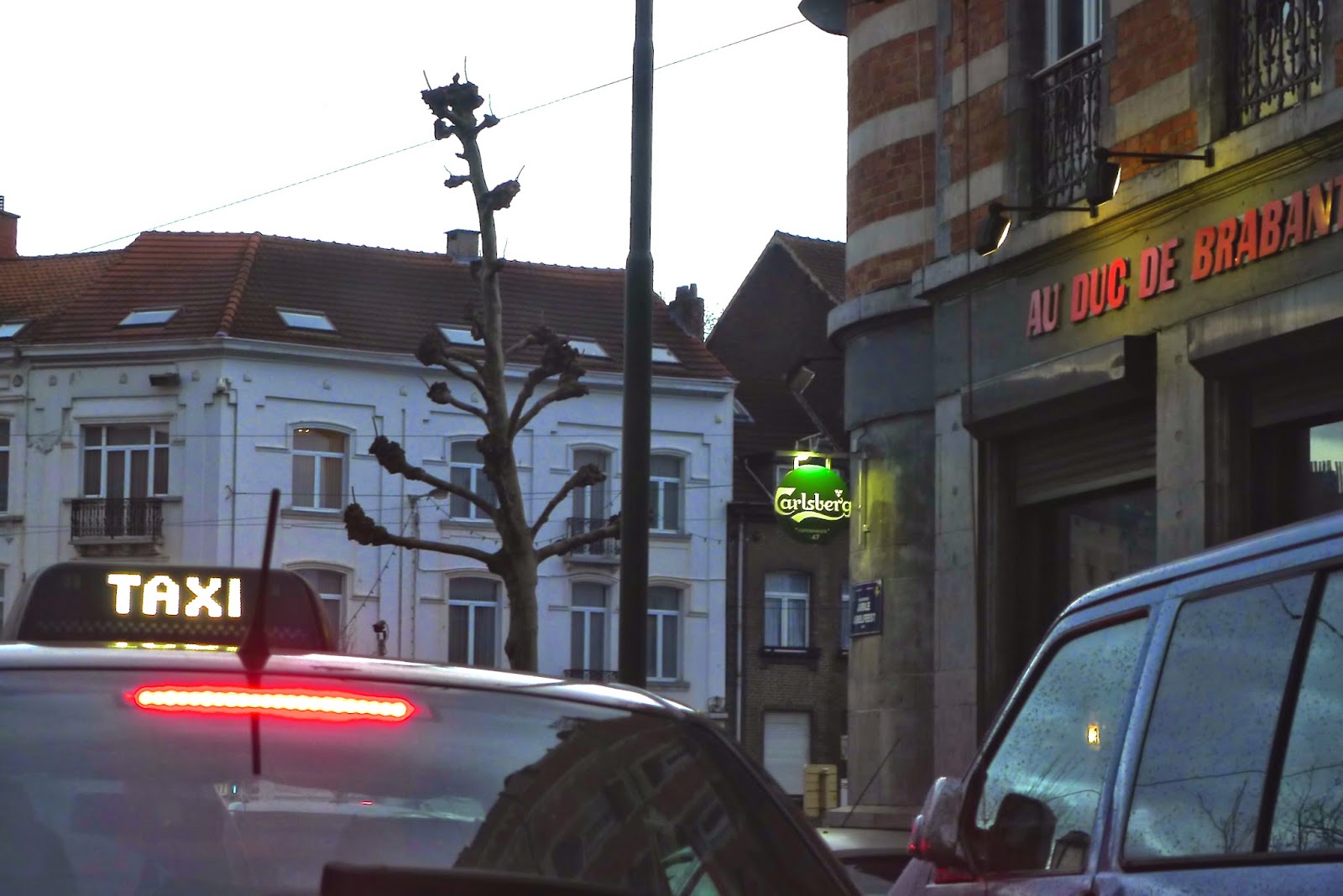 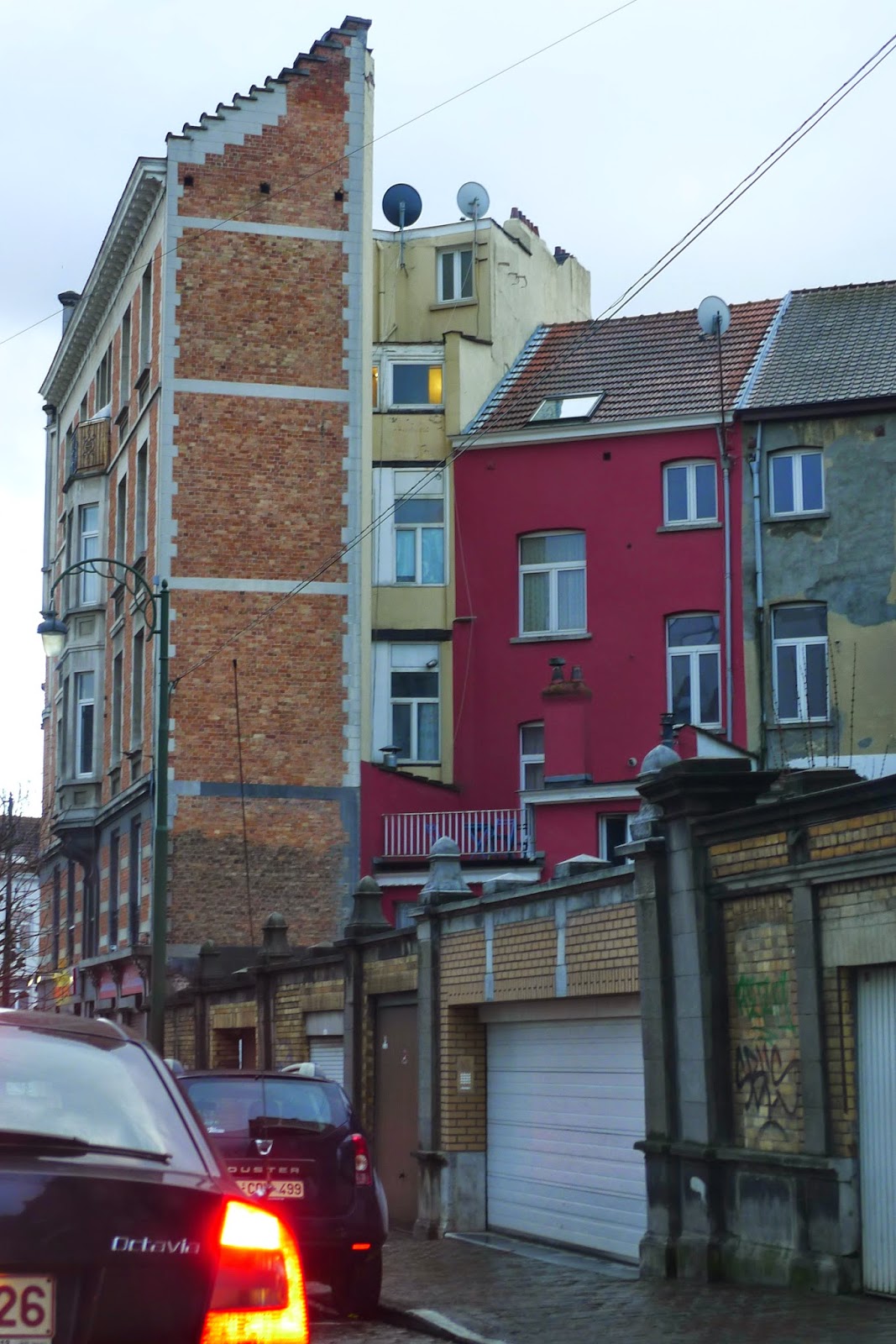 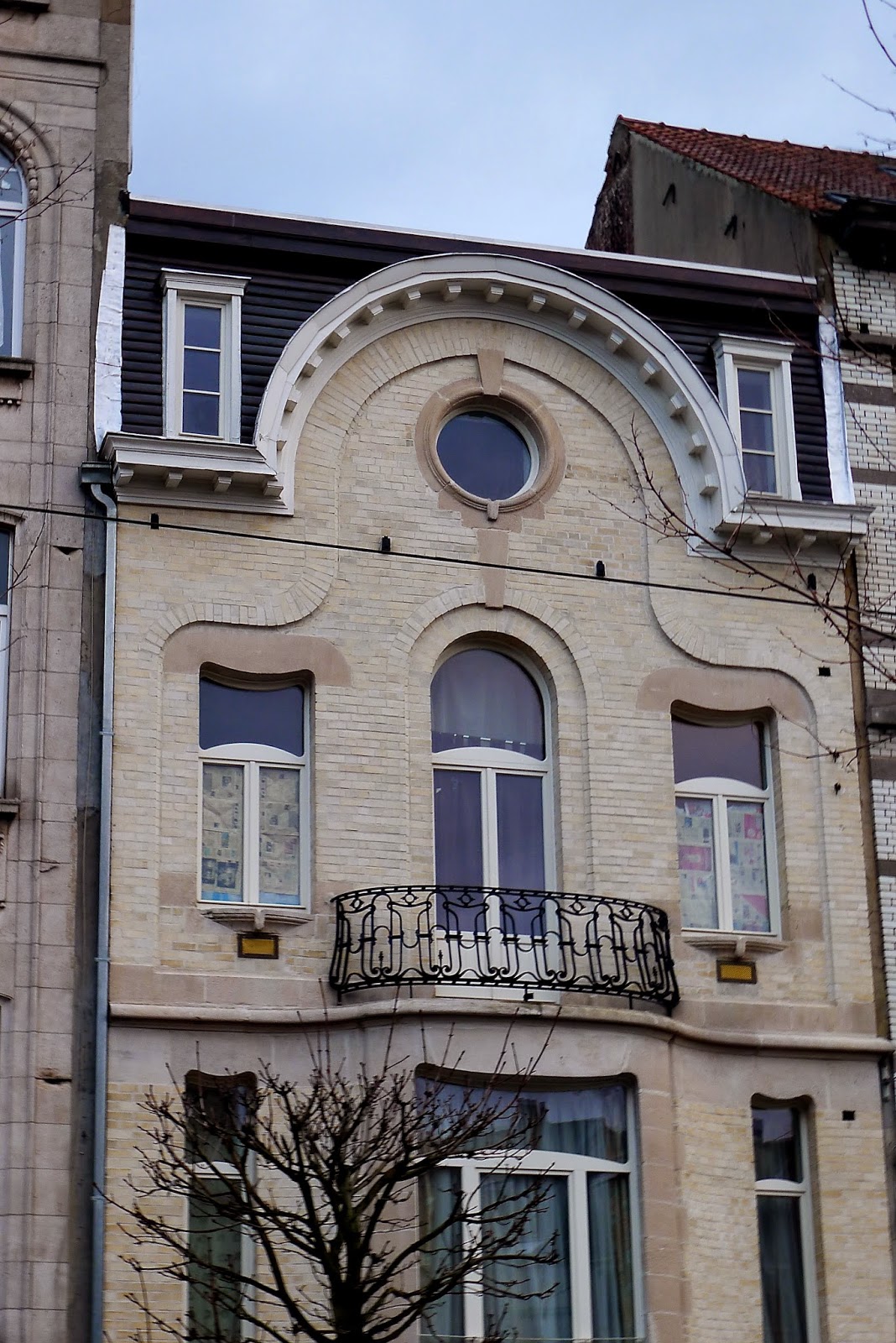 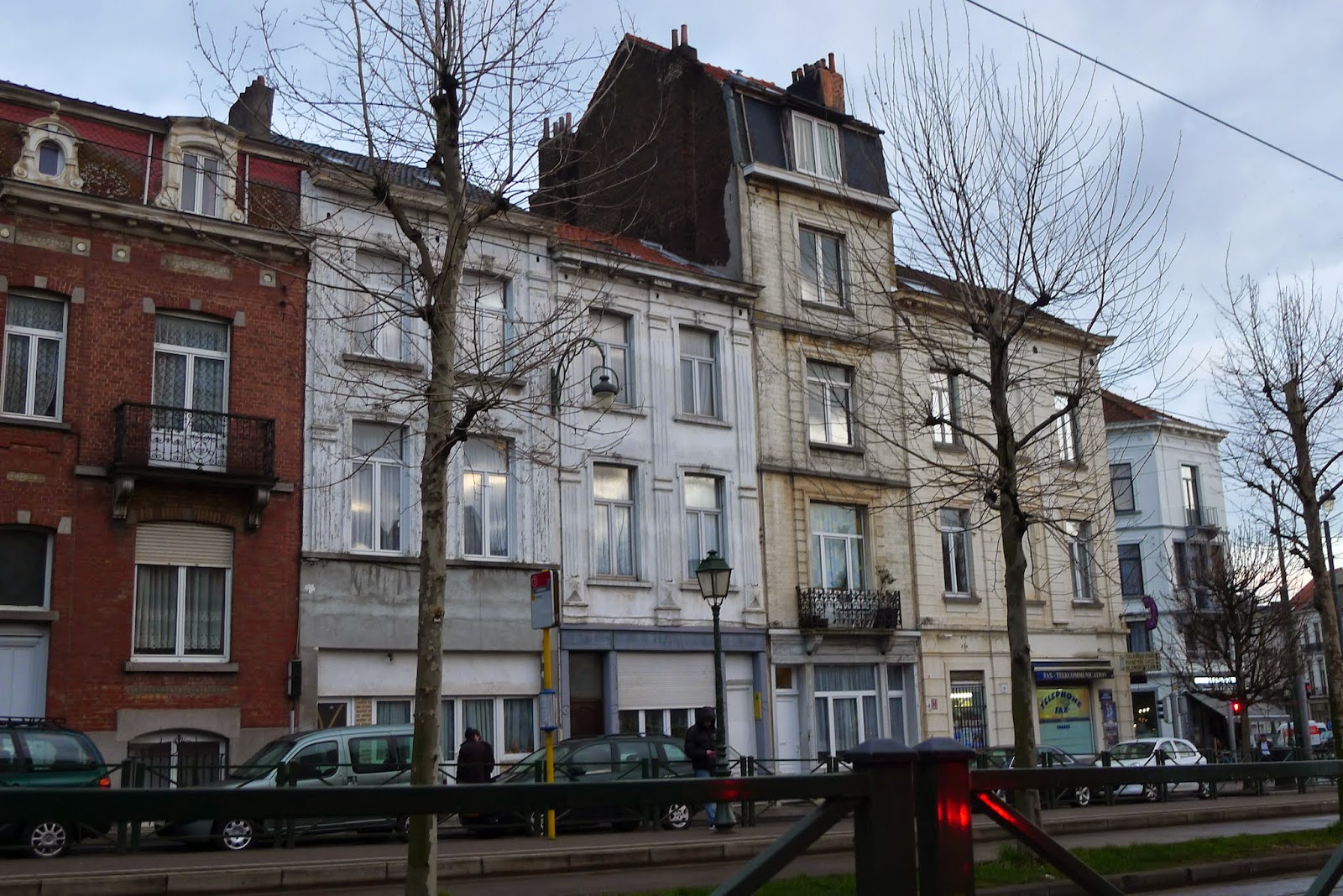 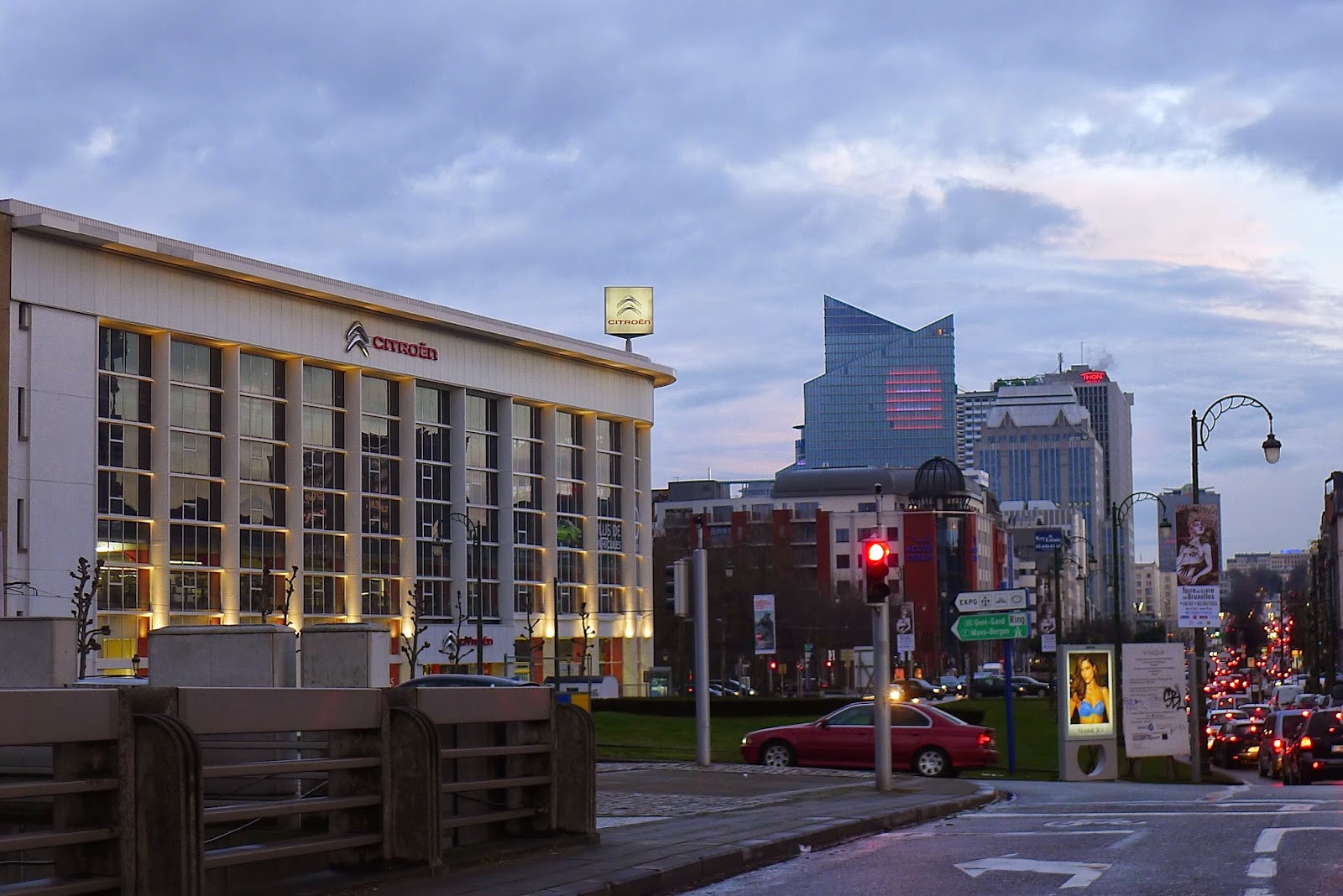 Photography teaches us many things, to enjoy time spent waiting at traffic lights is (probably the most important) one, to appreciate different kinds of architecture is too. It is said that the white Citroen garage in the last picture will become the home of a new Modern Art Museum in Brussels one day...
7 comments: 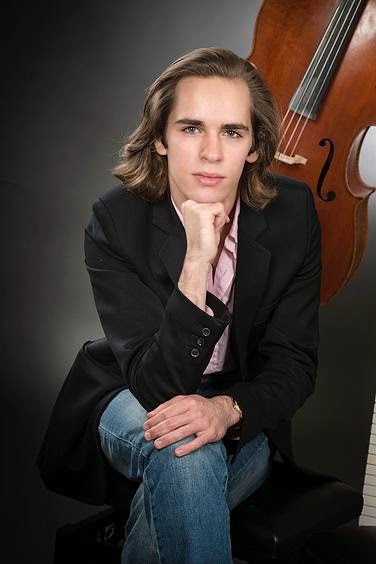 I am happy and proud to introduce you to one of our most talented musicians, Paul Heyman, a 20-year-old cellist from Brussels.

He is currently studying with Raphael Wallfisch at the ZHdK in Switzerland. He also studies the Baroque cello with Roel Dieltiens.

He has performed in Belgium, France, Italy, Germany, Switzerland, and the Netherlands and his performances have taken him to such venues as The Royal opera “La Monnaie” and Flagey in Brussels, the Flemish Opera hall in Gent, The Royal Palace “Het Loo” in the Netherlands, the Miry-hall in Gent, and the Brussels Summer Festival, to name a few.

Several of the pieces which Paul has recorded have been broadcast on national television in Belgium.

At an early age Paul studied with the great Belorussian pedagogue Vladimir Perlin, whose fundamental method and ideology on how to approach music formed the basics of Paul's cello playing.

Before moving to Switzerland Paul was studying with Olsi Leka in Brussels.

Paul plays a cello which was made for Julius Klengel in 1893 by W.H. Hammig in Leipzig, Germany, kindly loaned to him by Mr. Charles Rose from London.

You can hear Paul perform on his website
http://www.paulheymancellist.com
5 comments:

Spring is in the air 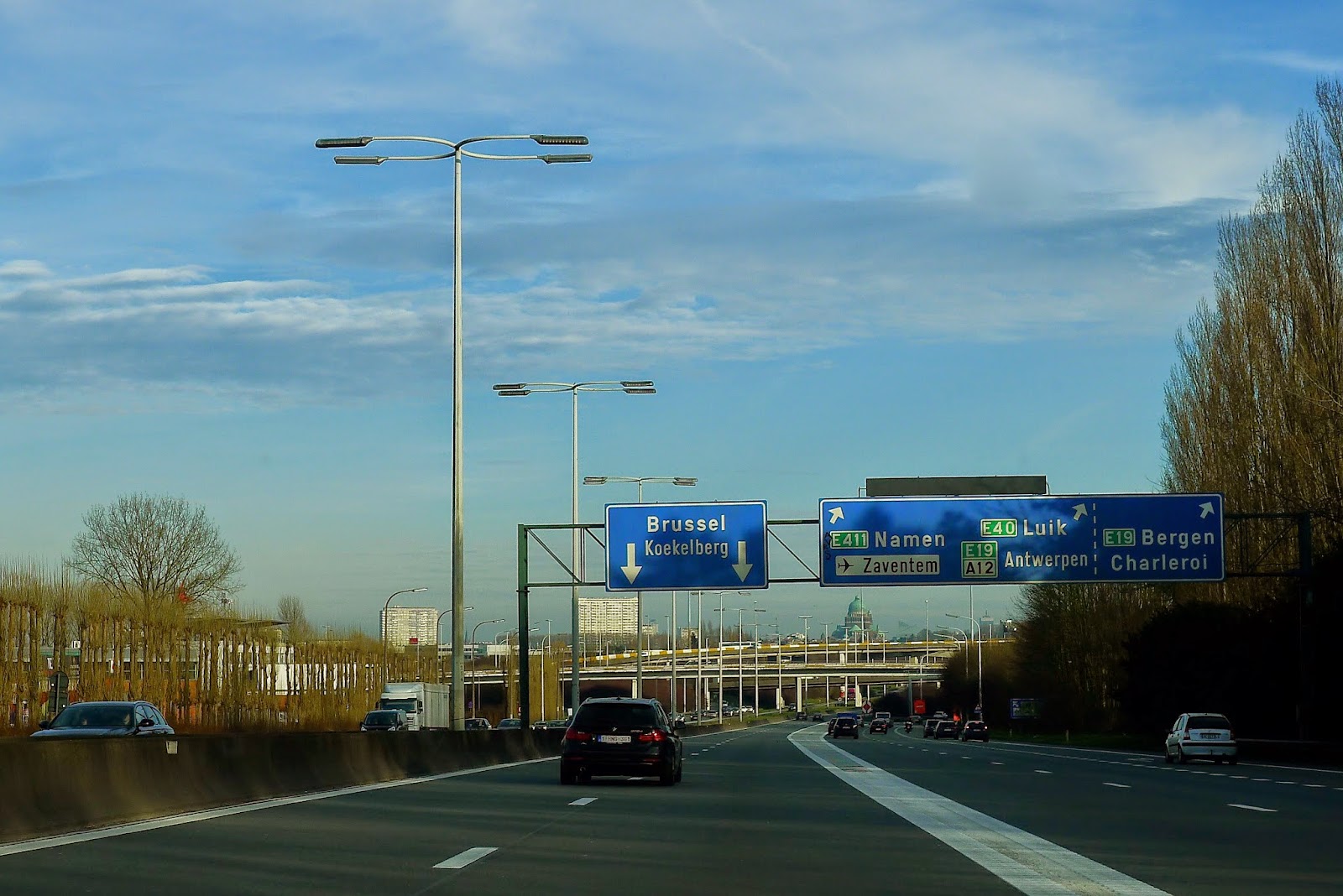 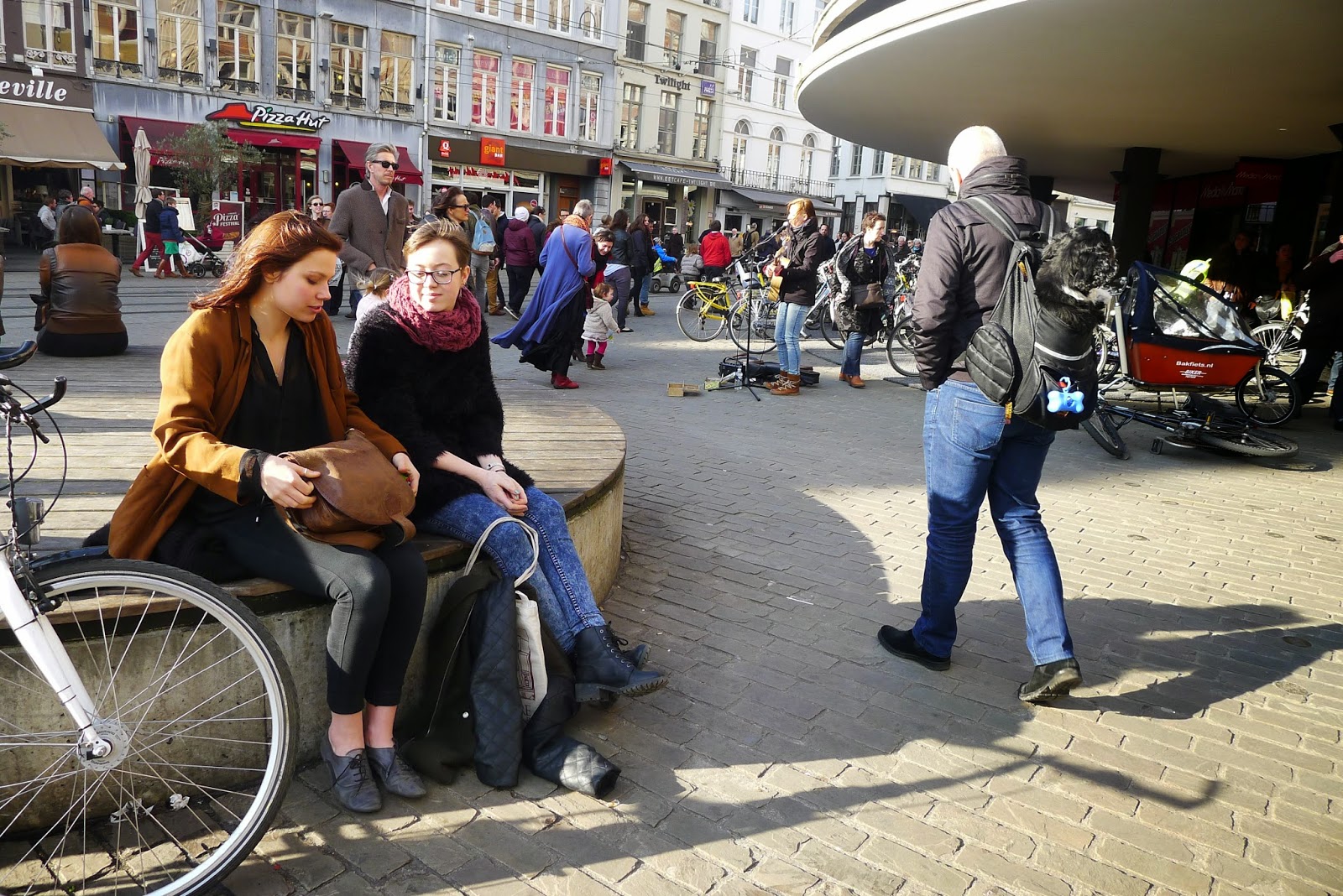 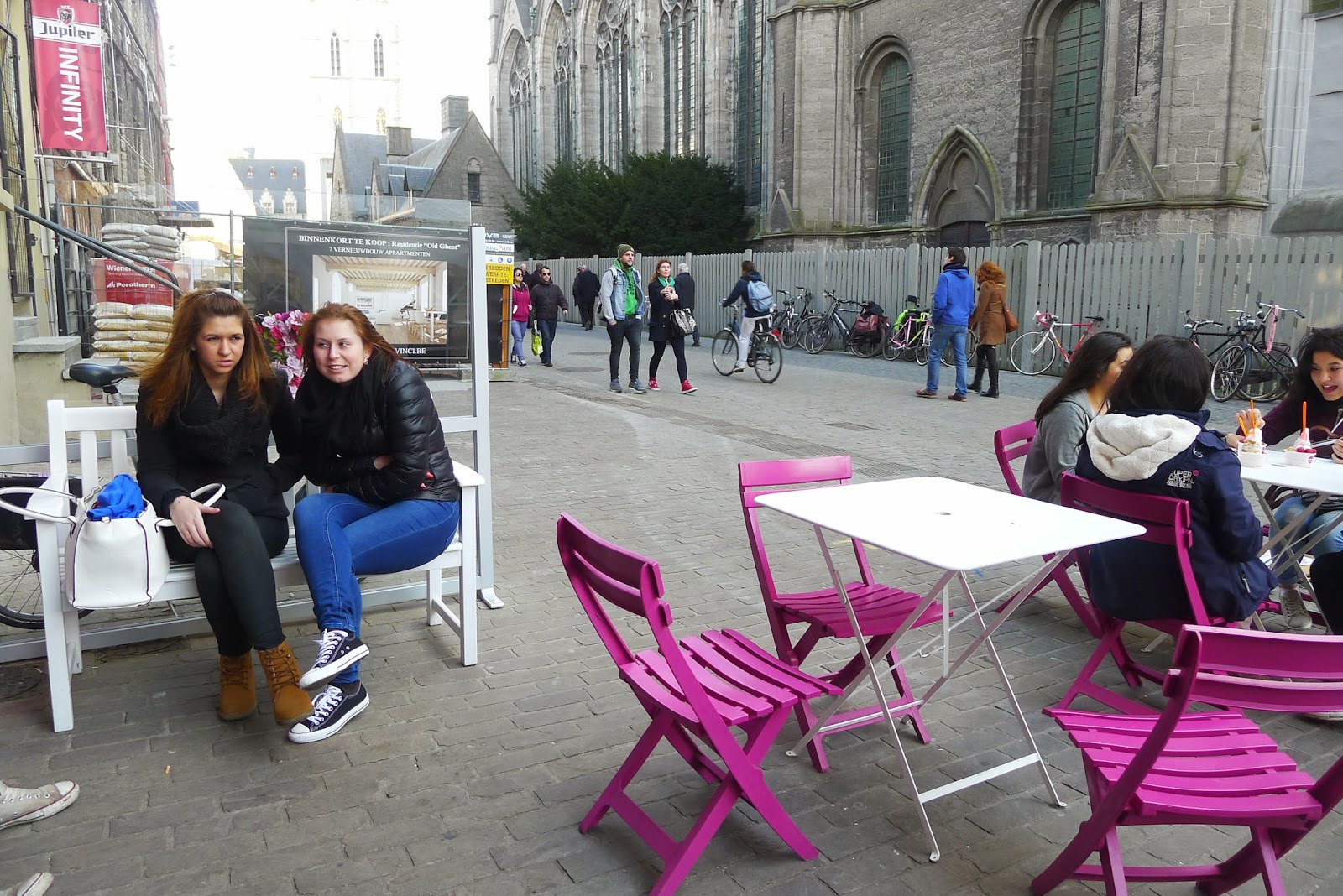 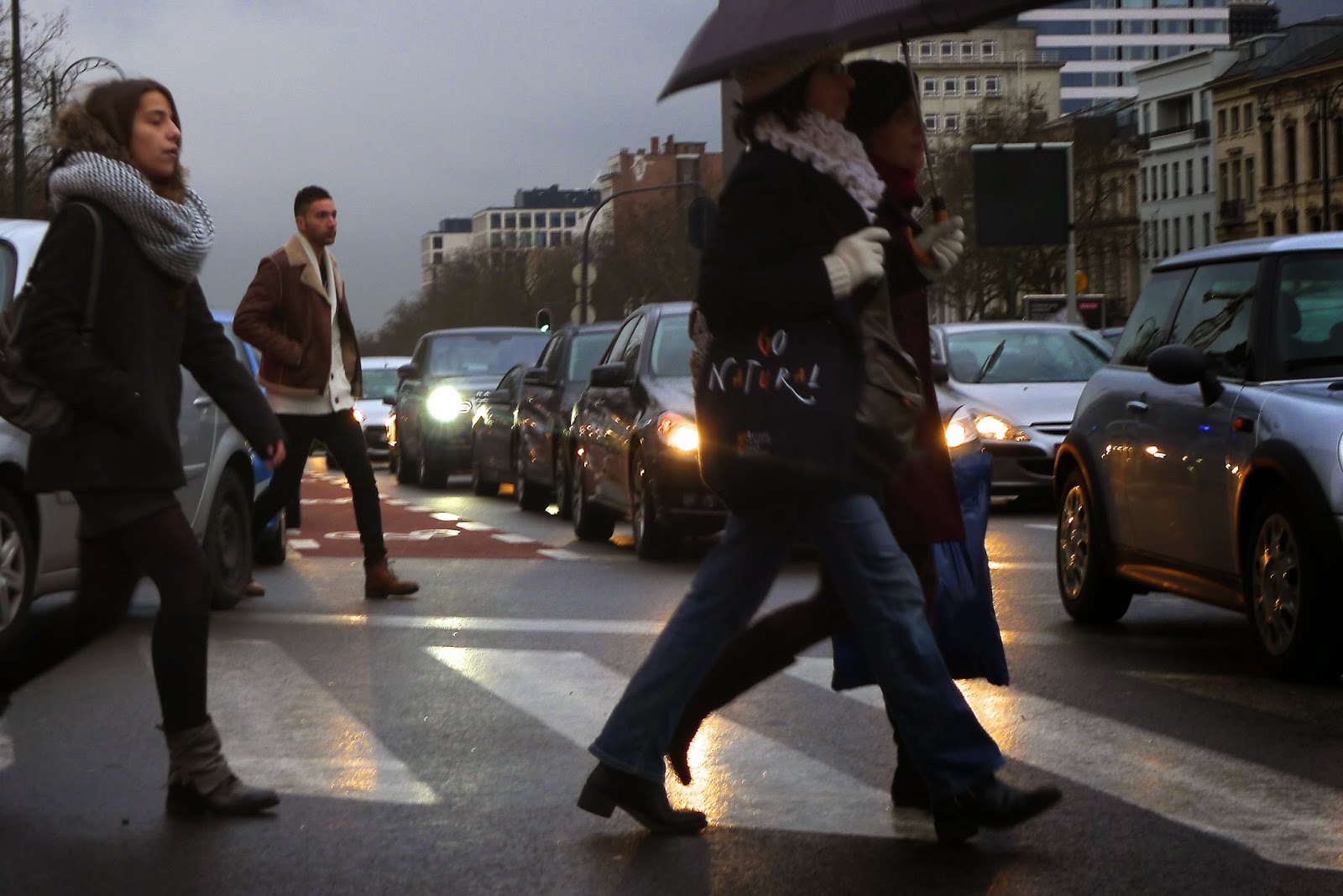 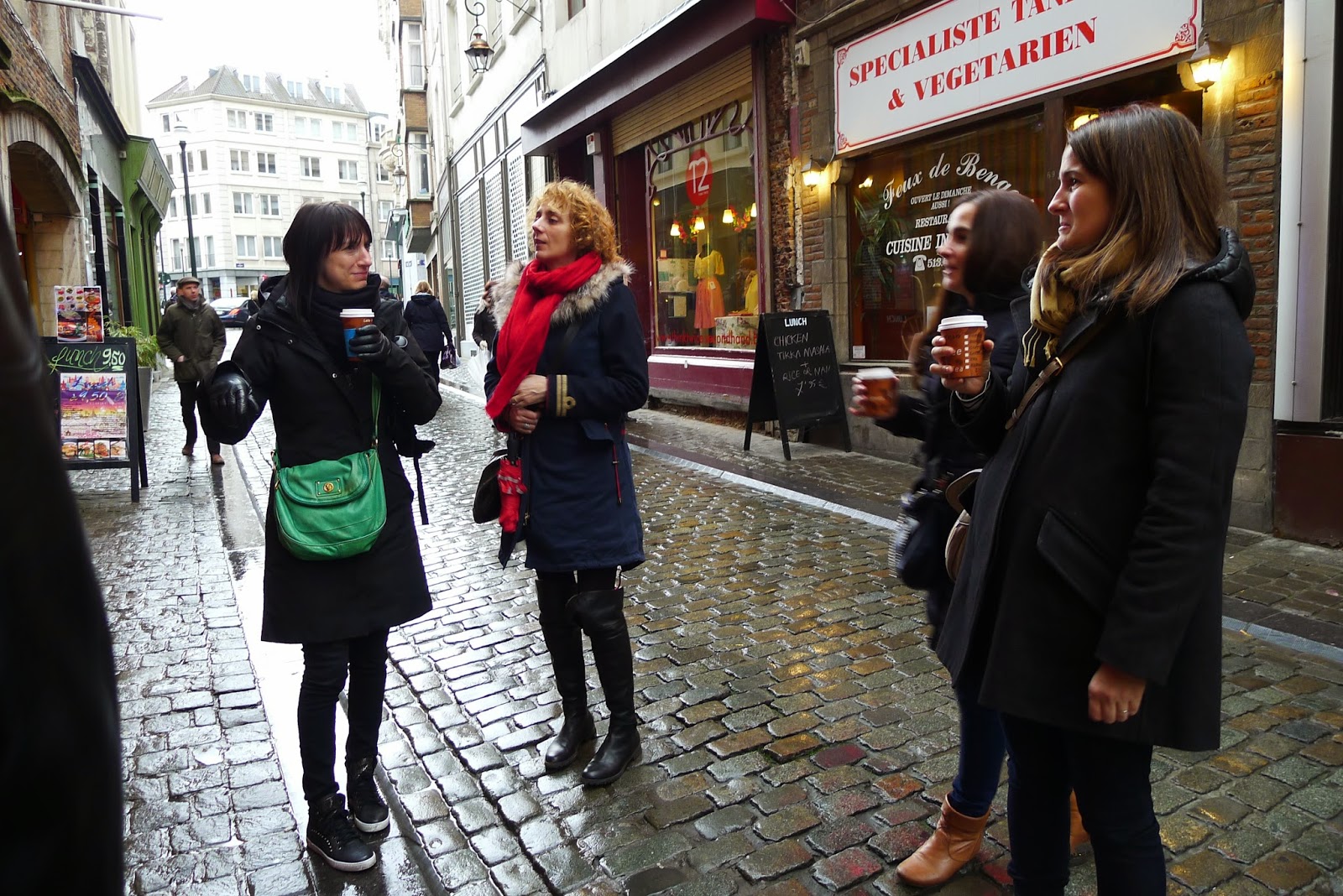 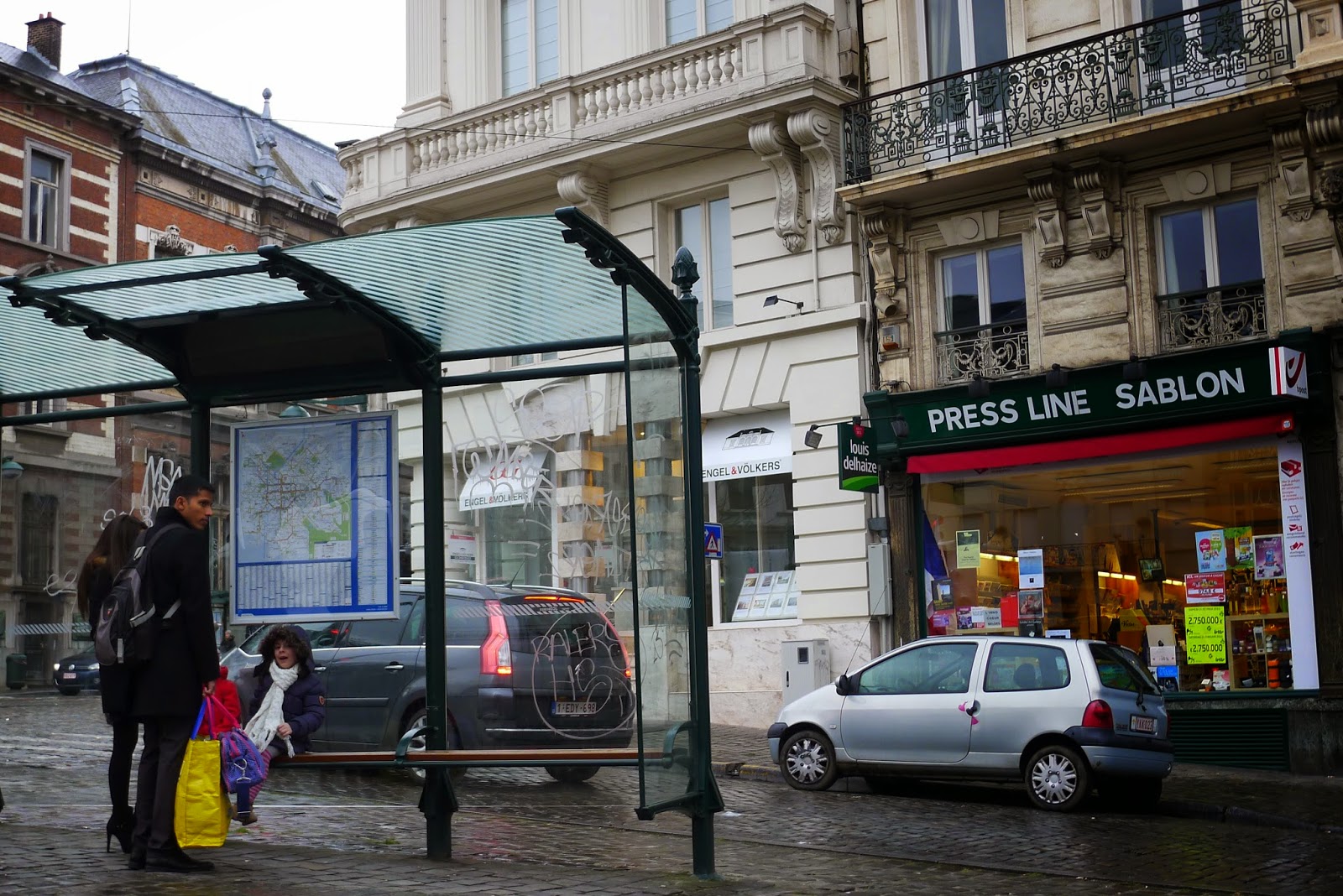 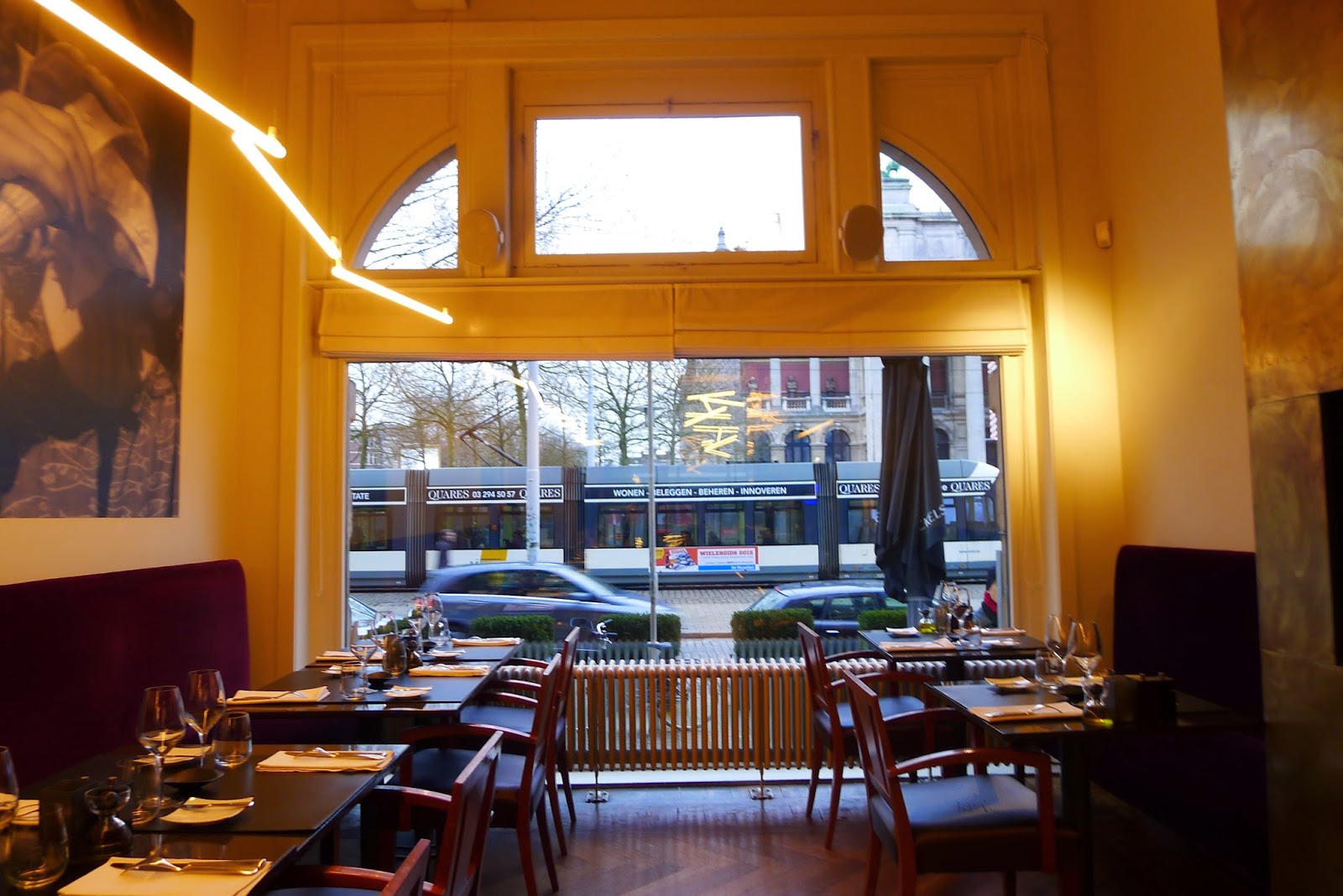 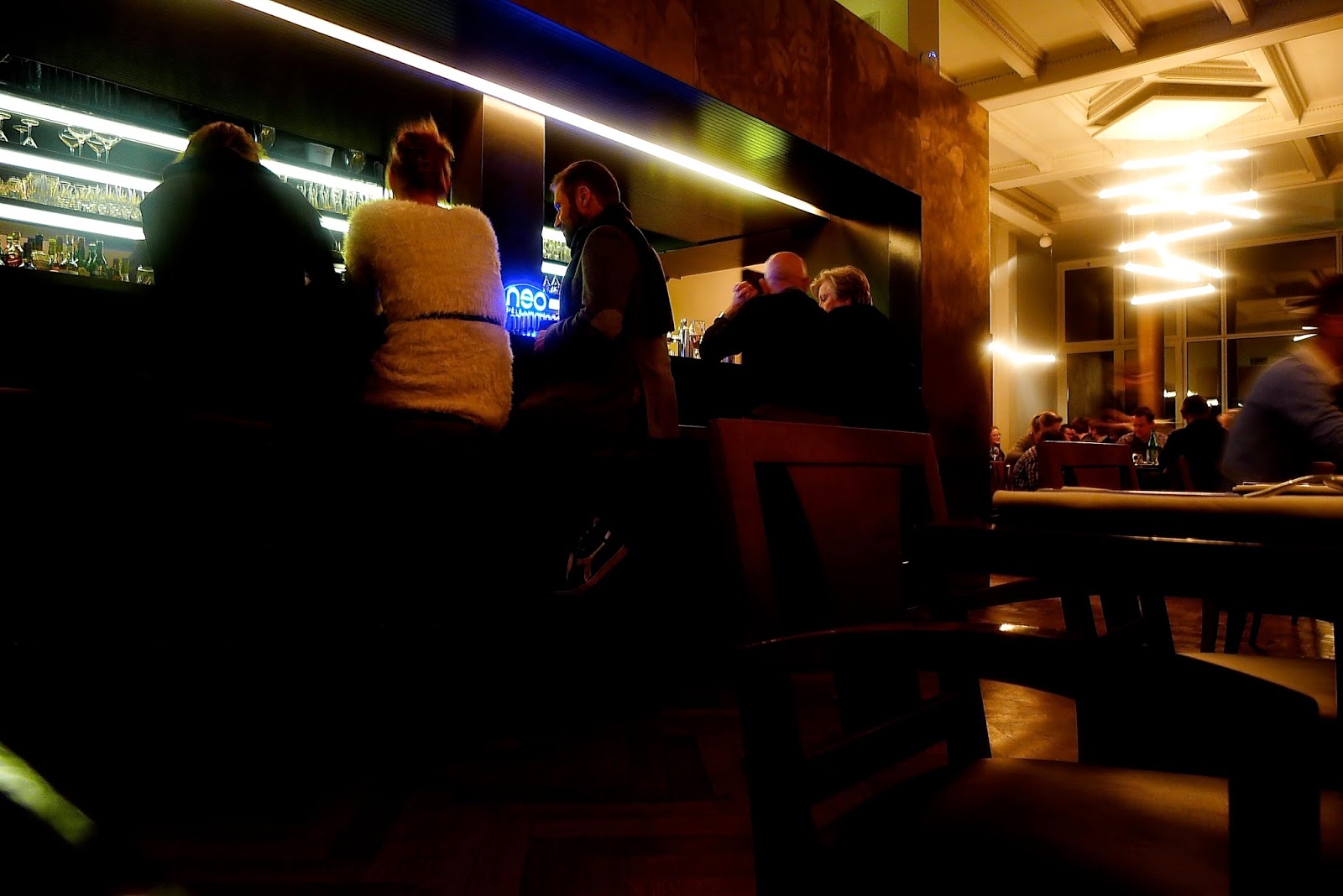 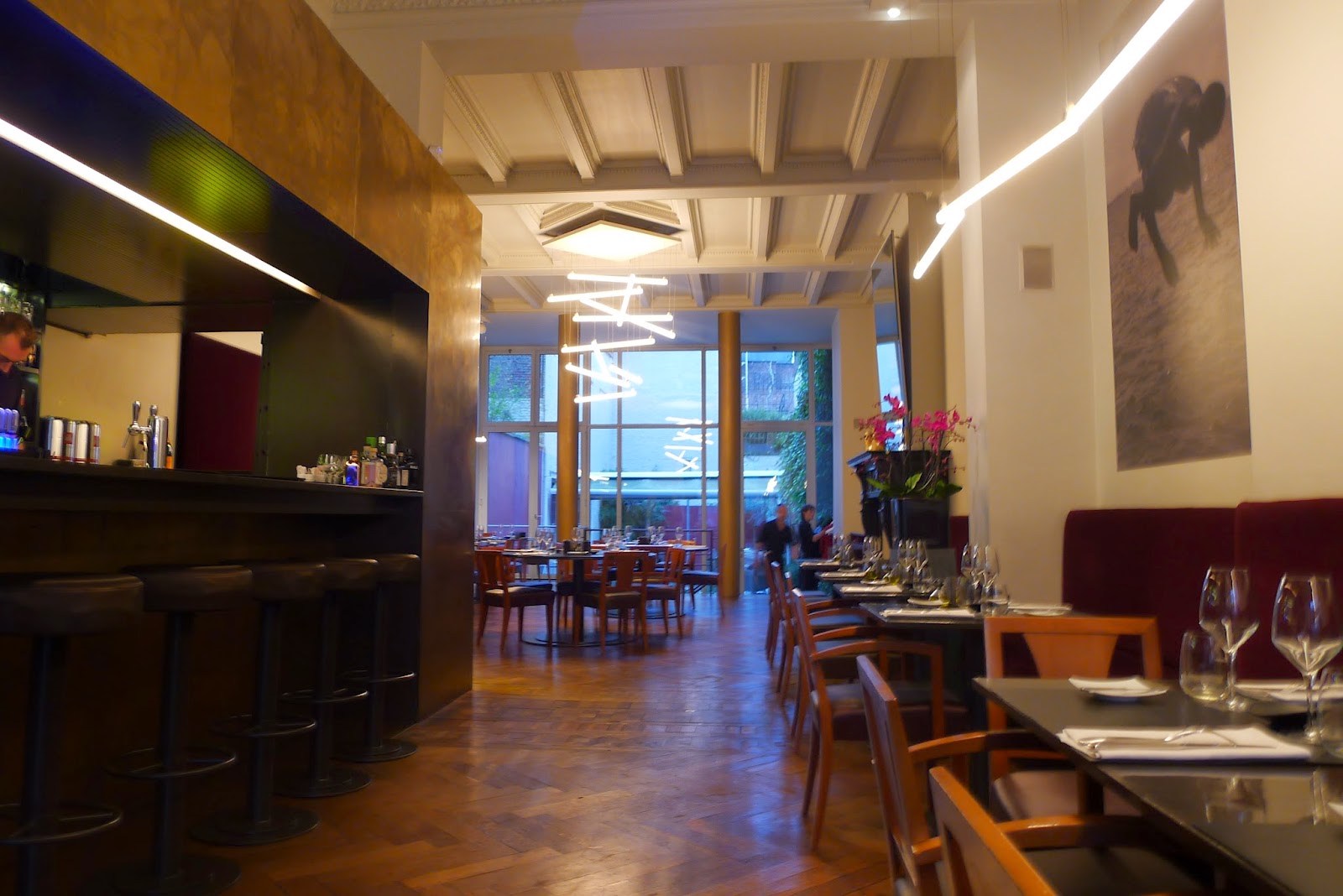 Quite unexpectedly, showing an out of town visitor around,  we ended up at restaurant "Hippodroom" located in the trendy "Zuid" area of Antwerp at the Leopold De Waelsquare.  The Royal Museum of Fine Arts, across the street,  is closed for extensive renovation until 2017.
I thoroughly enjoyed the evening,  the friendly reception at the Hippodroom, the food, wine, ambiance...  I recommend that you put this restaurant on your list for your next visit to Antwerp and hope to be back myself very soon.
http://www.hippodroom.be
10 comments: