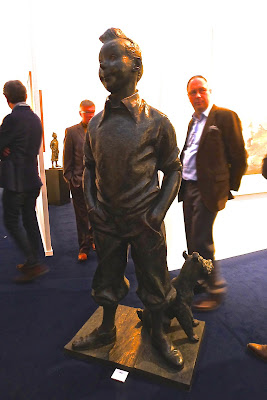 Brussels ' prestigious art and antique fair is running till tomorrow; here's your chance to acquire this bronze statue of Tintin and Snowy aka Kuifje en Bobbie or Tintin et Milou, made by sculptor Nat Neujean
6 comments: 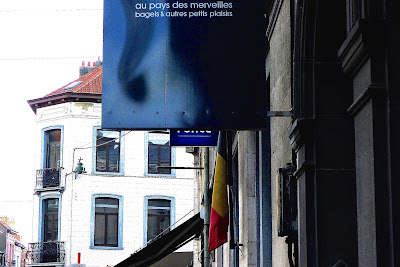 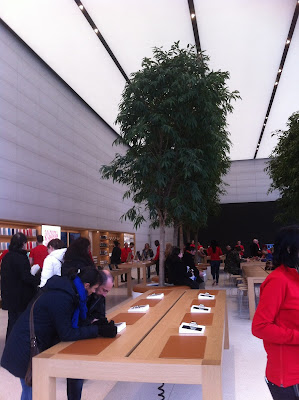 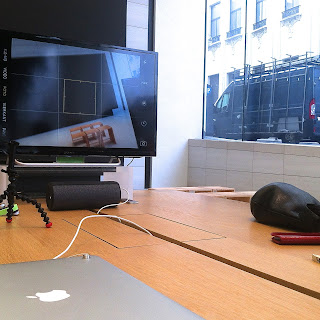 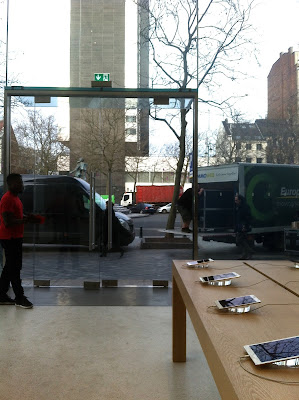 Also look up when visiting Brussels 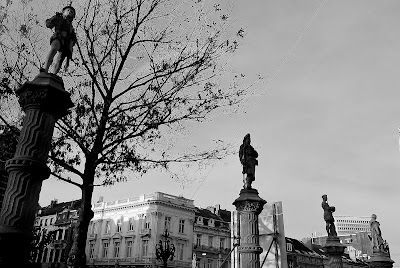 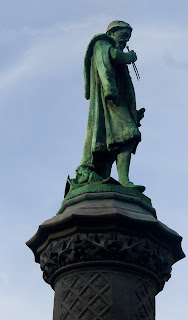 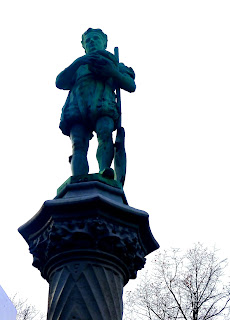 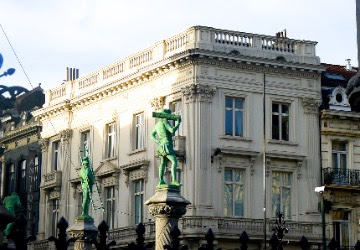 Near the Palace of Justice and across the street from the Church Notre Dame du Sablon in Brussels, the small park at the Petit Salon/ Kleine Zavel is surrounded by columns with bronze statues representing the guilds and craftsmen in appropriate attire and carrying their tools.
A little jewel.
2 comments: 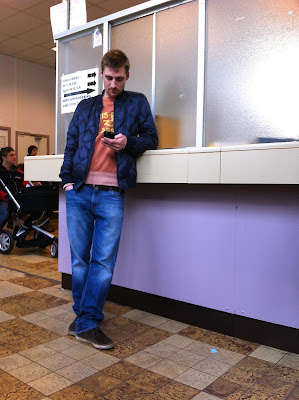 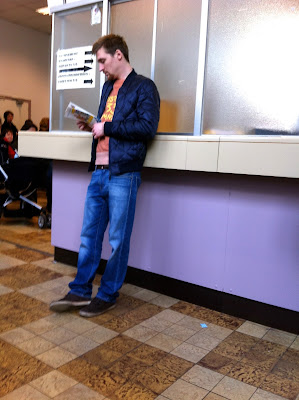 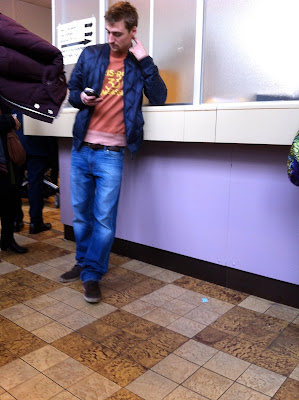 The pains of waiting in line at the town hall alleviated by the pleasures of social media.
4 comments: 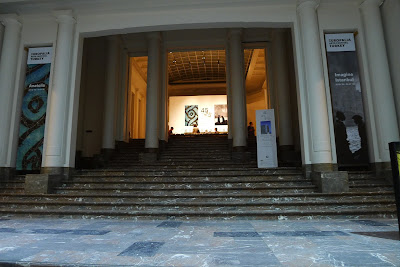 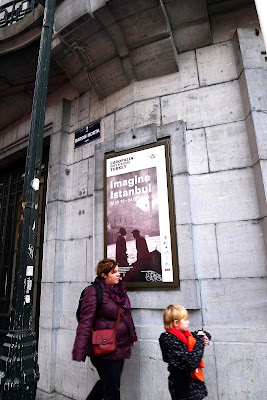 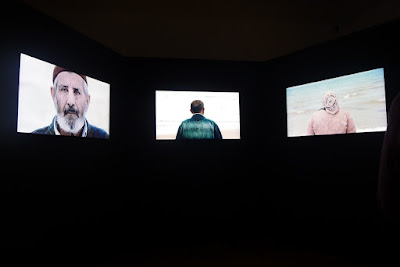 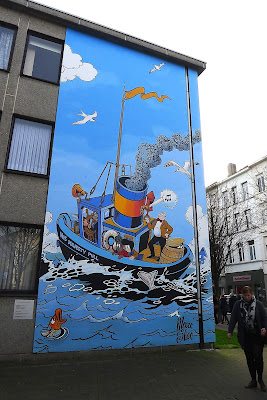 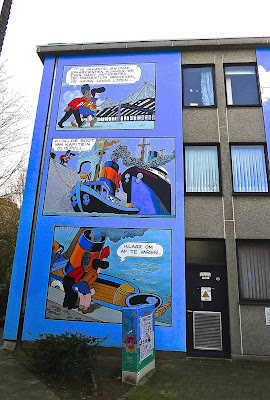 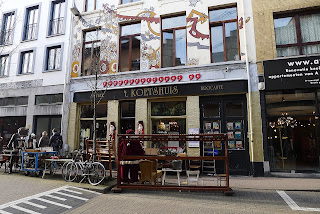 How 'bout starting the year on an optimistic note with something typically Belgian and something everyone likes? A colorful note by our oldest living cartoonist Marc Sleen (born in 1922) on a wall in  Antwerp should do the trick. This wall with Sleen's most famous character Nero who embarks on a journey to the North Pole adds to the charm of the well known Kloosterstraat.
"This street has charming antique and vintage design stores dispersed all over. It’s a small district that comes alive on Sunday, provided that the weather is dandy.This amiable avenue harbors several venues where you can enjoy a beverage and an excellent meal. You even get to witness some locals wandering through this delightful decor. People who say that money can’t buy you happiness don’t know where to shop apparently!" from http://www.spottedbylocals.com/antwerp/kloosterstraat/
14 comments: