from A to Z, from Albert to Zaventem on March 23

Personal impressions of a student on his way to work on Wednesday morning, traveling from his home in Brussels to his job in Zaventem, the day after the attacks of March 22. 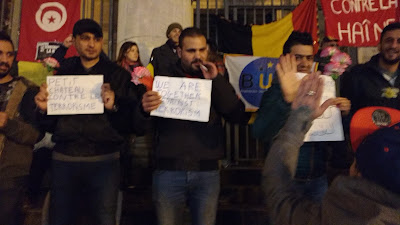 "Wednesday morning, the day after, there were a lot of questions on my and every other Brussels inhabitant’s mind. 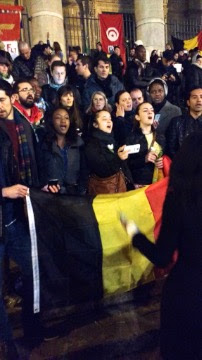 I didn't know what to expect when I'd walk out the door. Would life be back to normal, as if it had never happened? Probably not, no. Would I walk out the door and into an occupied city? Hopefully not. Would it be like the lockdown in November? Who knew? Then there was the question I didn’t want to ask: Could this have been avoided? 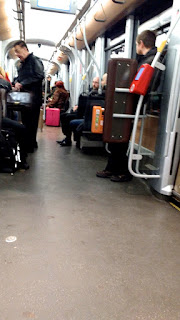 As I walked to the tram stop, one word on my mind was “emptiness". The streets were just like during the lockdown. There was an eerie silence in my neighborhood that I'm not quite used to. I wondered what to expect when it came to public transport ; whether I would miss my train due to increased security measures - whether there would be a train at all. I almost missed the tram. I got in at the last second, taking the 3 on Avenue Albert. The tram went down into the tunnel and there was a security announcement: only a limited number of stops were being served ; the next stop after Albert was Gare du Midi. Looking around, it was as if this was the midnight tram. At this hour (eight in the morning), it should have been so full that you wanted to wait for the next one, but it wasn't. Nobody was talking. There's something strangely apocalyptic about an unlit underground station. Such a scene brings to mind some sort of dystopian low-budget horror movie. When the tram rolled into Midi, again, I didn't know what to expect. I really hadn't processed the events yet.


At the bottom of an escalator, a Dutch reporter asked me a few questions - questions that seemed impossible to answer at the time. Questions like: what did it feel like to take the tram? Do you feel unsafe? Questions you need a little time to let sink in, to reflect upon. Frustrated and unable to give him a decent answer, I apologized and said I had a train to catch. Rolling up the escalator, I expected to be checked by the police and military personnel at the top, actually offering to show what was in my backpack. With all due respect to them, I was disappointed by their lack of thoroughness. They basically ignored me.
I had been at Gare du Midi on Monday and Tuesday and nothing had seemed out of the ordinary. The station then was its usual melting pot of tourists, backpackers, business(wo)men and bad eggs. Not today. It felt totally different and the atmosphere was as if I were there at the end of the day,  after work when most people were already back home safe and sound. 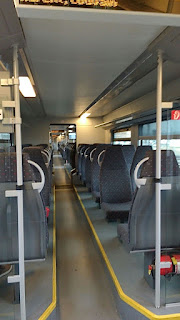 The train, which had barely had any free spaces the day before, was emptier than the tram I took to get to the station. I read the "Metro" newspaper in French, taking in all the information they'd gathered, looking up from time to time to find next to no increase in the number of passengers at any given point. As the train rolled into Zaventem, it was as if its train station were closed. Not a soul to be found there. 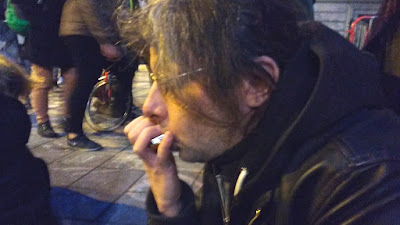 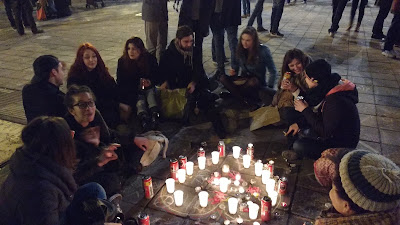 It wasn't until after work that day that I really got the chance to process what had happened. I headed straight for Place de la Bourse and saw a Belgium that was more united than ever. Westerners, Maghrebians, Syrians, agnostics, catholics, buddhists, muslims, all of them and me, there, together, standing for and against something. "Beautiful" can't describe what happened there. 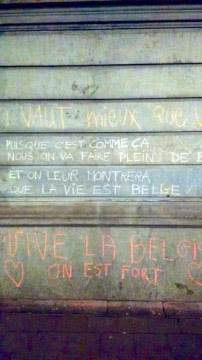 Going to the Bourse was the best thing I could have done. It allowed me to reflect on what had happened the morning of the day before. It allowed me to realize the magnitude of the situation, to explore how I felt about it. It allowed me to see that, besides being Belgians, Americans, Syrians, Argentinians, hipsters, yuppies, beggars or big shots, we are above all human.
At Place de la Bourse, I saw opportunity. Whether you like it or not, Belgium, and Brussels in particular, is at a crossroads. We could let fear, hate and racism get the better of us or we could rise to the occasion and make a real effort to do something that has not been done enough: to integrate very different societies into one, living and working together towards a better cultural  and social environment. 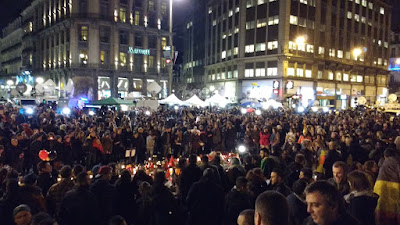 Brussels may be in pain, but pain is just weakness leaving the body. We can be stronger because of this, and we will. So instead of "sois belge et tais toi" (be Belgian and shut up), in light of the Belgian national slogan (l'Union Fait La Force- Eendracht maakt macht), I'm offering an alternative: "sois belge et cries" (be Belgian and shout). It is not the authorities or lawmakers who will manage to achieve change, for change can only come from yourself and the people joining forces".


Reporting for This Is Belgium,
Jay Harold 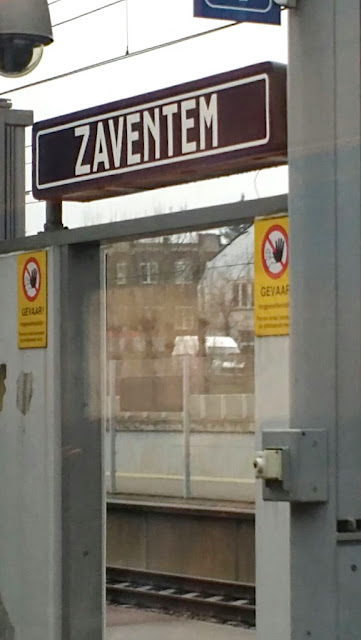 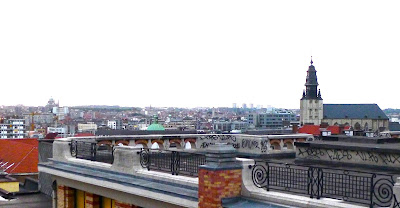 Our deepest sympathy to the families and friends of the victims.
#all together for a better and safer world! 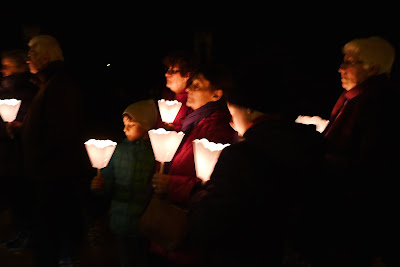 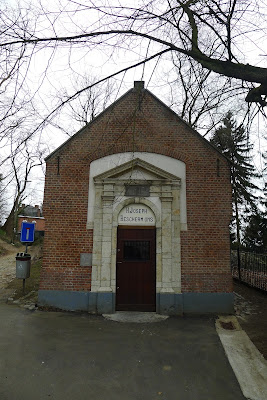 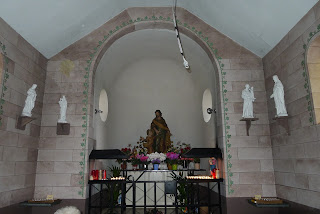 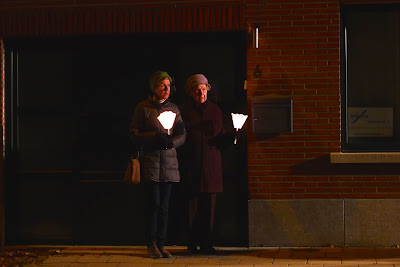 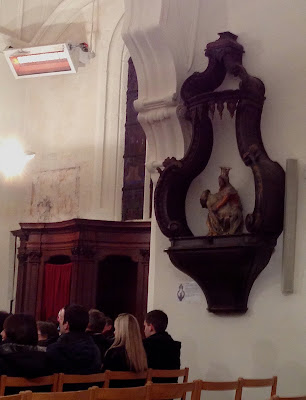 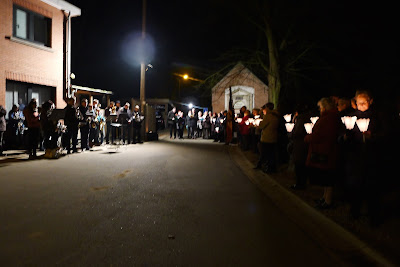 Has it really been 5 years today since I wrote about the festivities in certain Belgian villages celebrating Joseph on his name day -- the tradition of going to mass followed by a candle procession to the chapel?  I went back today to the little village of Testelt in northeastern Flemish Brabant, hoping the tradition had continued....
I was not disappointed.
2 comments:

Sunday afternoon in the sun 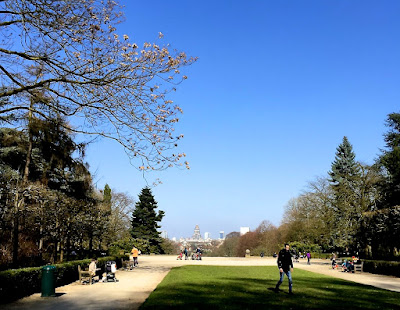 The Brussels municipality of Forest is home to the well known concert hall "Forest National", to a famous prison but also to the splendid park Duden, with its view on Brussels and the Palace of Justice.
Splendid sunny Sunday today.
5 comments: 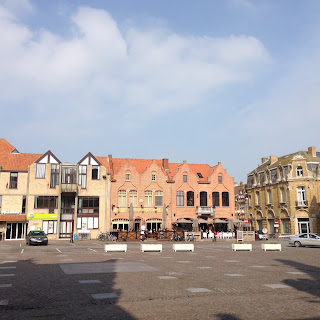 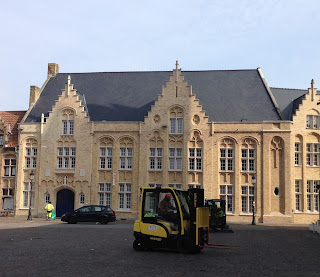 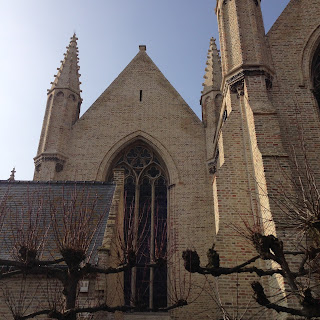