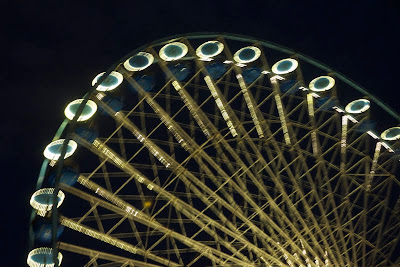 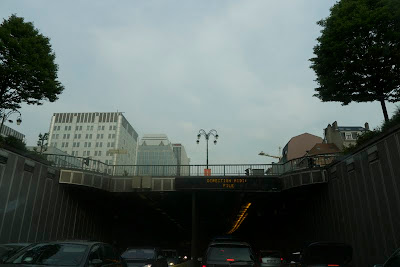 Almost back to school but not quite yet 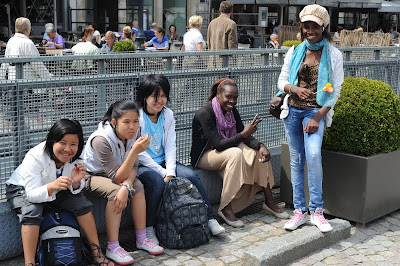 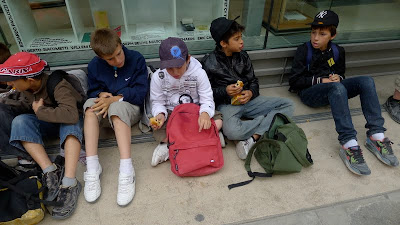 September 1 and school starts again. I felt like making the holiday last a little longer by posting the pictures taken at the end of the previous school year. The first one in Mechelen, where the girls were obviously delighted and the second one in Paris, where an excursion to the musée Rodin does not seem to excite the boys very much.
3 comments:

Men in the bar on a Sunday afternoon in summer 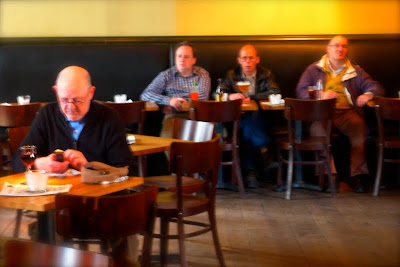 When I passed by this café, I hopped in and out with my camera, my goal being not to frigthen these men in a row, who seemed quite happy with their beer in the tranquility of the place which, I am guessing, must be a very familiar spot to them. I therefore used no flash and the bar was rather dark. But still I got these guys and, even if the result is rather blurry,  the atmosphere is there and the phenomenon is rather Belgian. Also, I can't help but wonder when scenes like this will be a thing of the past.
11 comments: 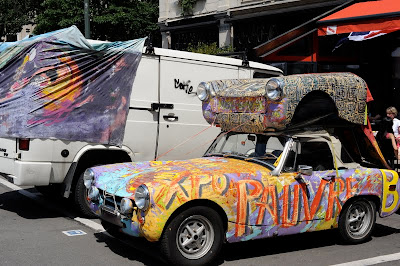 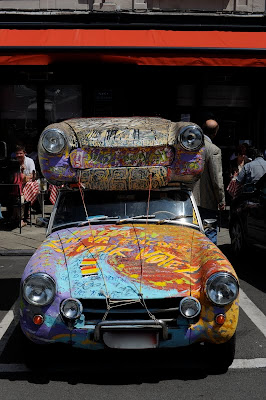 At first, I had not even noticed the writing on this contraption, fascinated as I was by its construction and colors. A closer look at the hood revealed references to the actual Belgian government-less situation. I detected Belgian flags, "Pauvre B" ( poor Belgium?) and votez (vote - meaning, no doubt, vote AGAIN).
How long has it been since the Belgians voted?
Everyone -French and Dutch speakers, Flemings, Brussels folks and Walloons, the German speaking community  - is looking for a sign, if only a tiny bit of sunlight.
Let's hope that the holidays brought vitamins and wisdom to the politicians who find themselves around the negotiating table again, looking for a way to reach a balanced compromise.
Wishing them well.
Fingers crossed.
5 comments:

The coast seen through i-phone 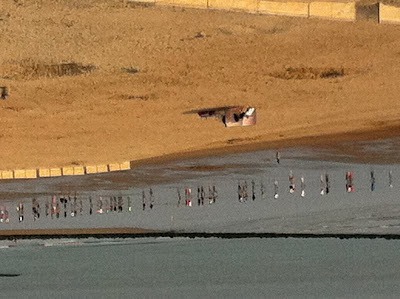 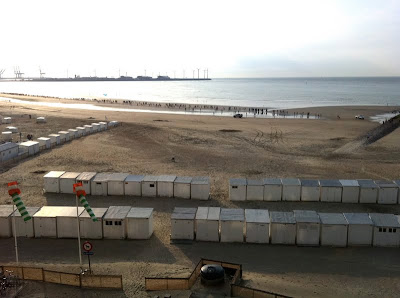 New York City blogger Urban Muser (http://www.urbanmuser.com) has inspired me with her fascinating iphone-shots. I particularly enjoyed her post "Culinary shadows", dated August 21.
So, here are my first iphone attempts (no photoshopping or editing) of the Belgian coast. At the left the harbor of Zeebrugge.
7 comments: 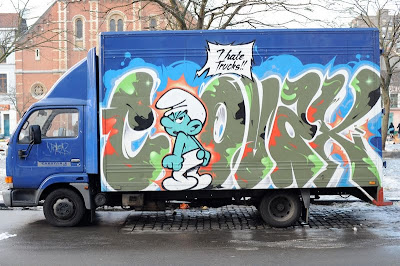 Why am I talking about this? Well, I got a photograph of this colorful truck... and the Smurfs' creator was Belgium's Pierre Culliford - better known as Peyo (25 June 1928 – 24 December 1992). In order to be totally fair though, I must add that, as his name might suggest, his father was English, his mother was Belgian.
16 comments: 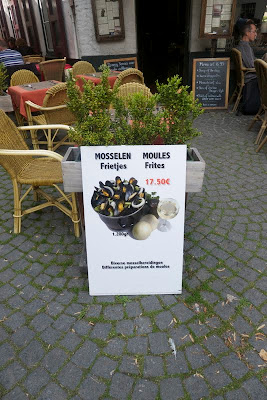 Thinking of everyone at Pukkelpop, their families and friends.
5 comments: 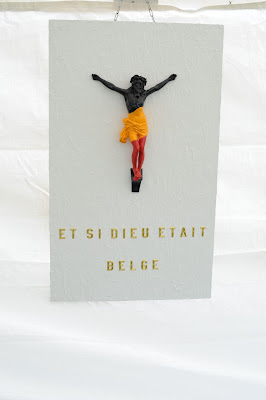 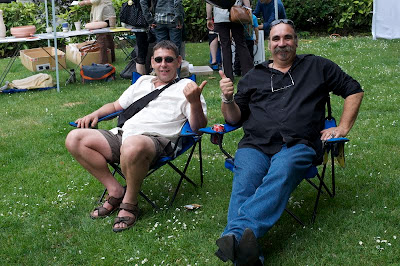 As my holiday in Provence, France is slowly approaching its end, I am showing work by French artist Pierre (jeans and black shirt) who made this unique piece about a year ago. He thought at the time that a certain degree of divine intervention might somehow enhance Belgium's government formation process.....
8 comments: 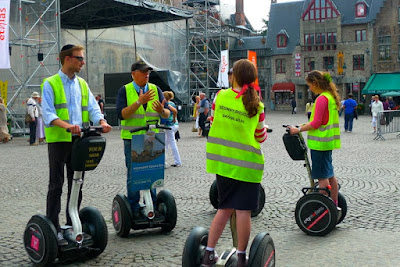 In my posting of June 8, I talked about the Segway as a means of transportation in Brussels. Here is the Bruges' version. I did not get an opportunity to ask questions because the eloquent guide was really into his story but from what I see on the website there are Segway city tours, Segway dinners, Segway parties etc.
http://segwaybrugge.xsite.be/en
9 comments: 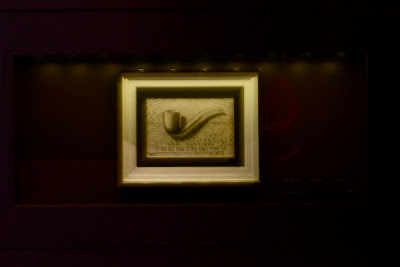 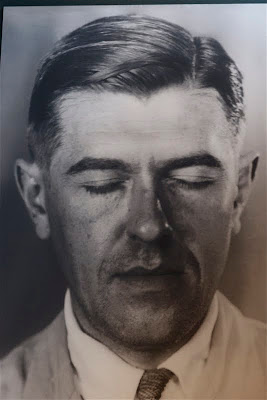 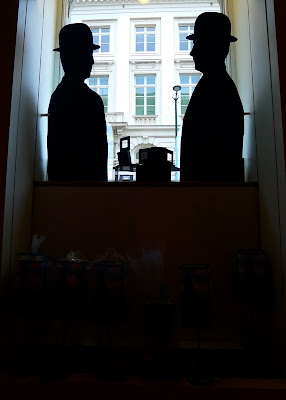 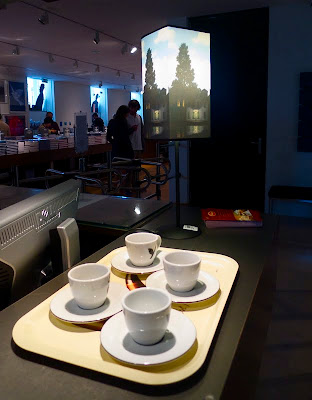 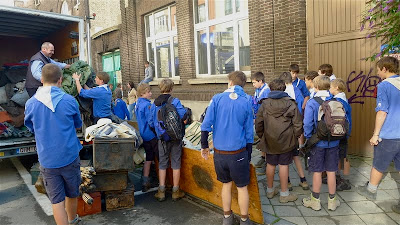 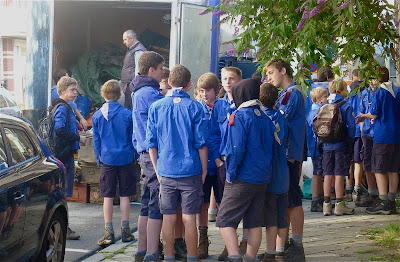 For some of you the holiday is or is almost over..not in Belgium. This is what our local Brussels boy scouts look like when they leave for their holiday camp, dressed, fed,  showered, hair combed, shoes cleaned, gear 'spick and span'... I would like to see what it's all like when they return...
3 comments: 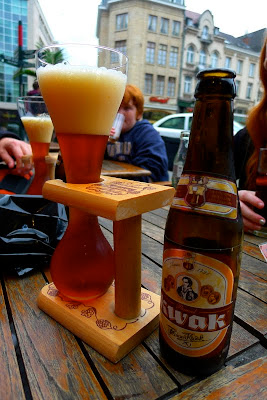 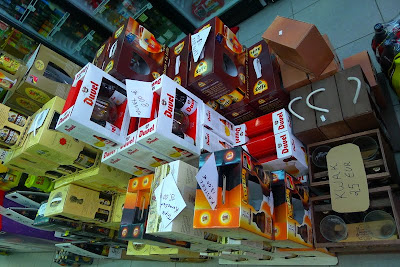 To me the glasses that the different beers are served in are at least as interesting as the beer itself.  My favorite glass is the Kwak glass. When ordering a Kwak, the glass comes on a wooden stand because the glass, with its round button, would not stand by itself.
"According to the Kwak website: “In Napoleon’s time, Pauwel Kwak was a brewer and the owner of the De Hoorn inn (near Brussels). Mail coaches stopped there every day, but at that time coachmen were not allowed to leave their coach and horses,” “As a result, the inventive innkeeper had a special Kwak glass blown that could be hung on the coach. In this way, the coachman had his Kwak beer safely at hand.”
http://www.bestbelgianspecialbeers.be
http://bestbelgianbeers.wordpress.com/2007/12/20/kwak-a-belgian-beer-in-a-unique-glass/
11 comments:

The man who vacuum cleans Bruges 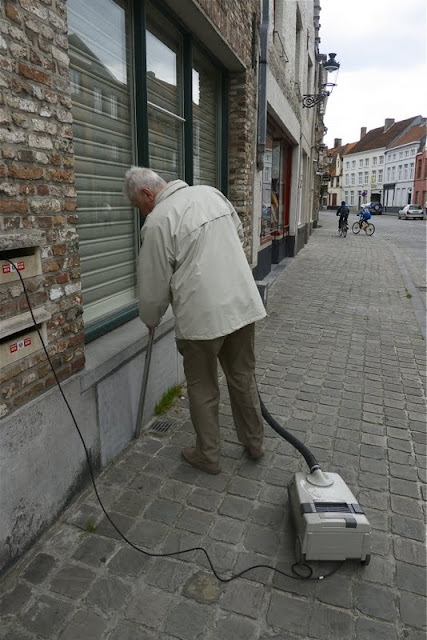 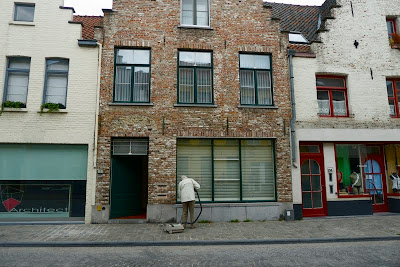 Never before have I seen anyone vacuuming the street ....until Sunday afternoon, July 31, in the center of Bruges.
Belgians used to spend much time cleaning their houses, particularly windows,  and their cars.  Belgians of a certain age still do.
16 comments:

There they are...finally... the sun and the musicians! 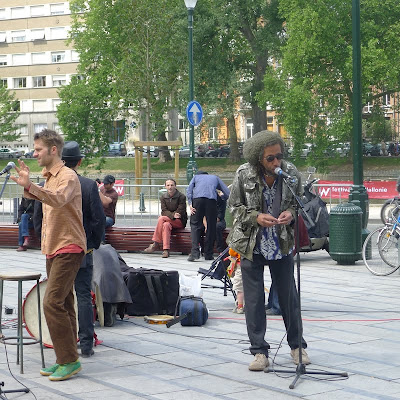 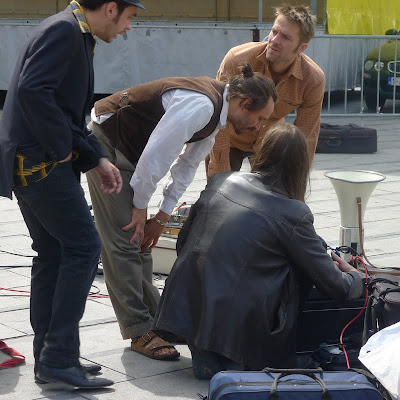 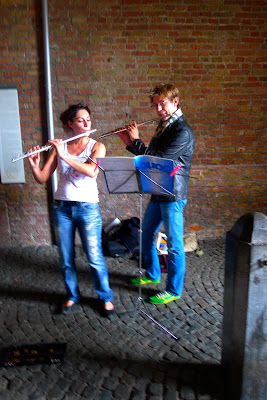 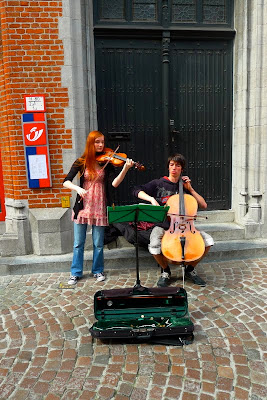 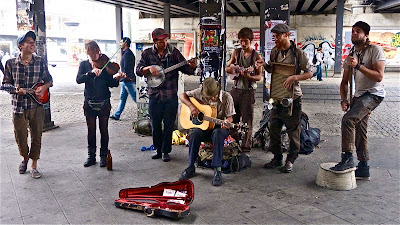 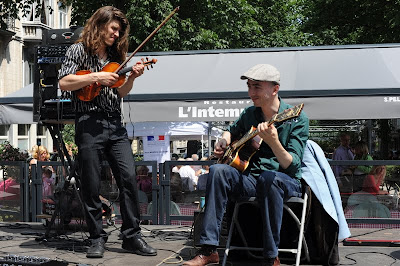