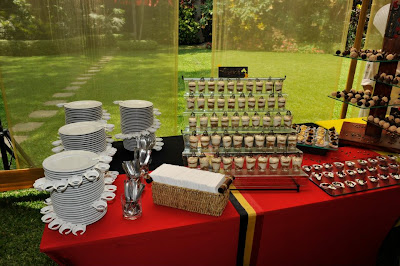 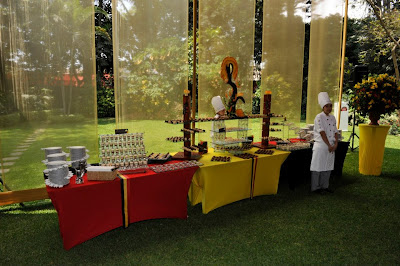 photos Daniel Ritière
Photographer Daniel Ritière's facebook page lead me this morning to Belgian November 15 celebrations in Lima, Peru. Belgian embassies all over the world celebrate with goodies from home. In Lima,  Belgian chocolates are tastefully spread out over tricolor drapings.
What exactly is this all about?
"Since 1866 the day has been marked by celebrations in honour of the Belgian monarch. 15 November is the feast of Saint Leopold in the German liturgical calendar, while it is the feast of Saint Albert in the Roman Catholic calendar.Belgium’s first two kings and the country’s fourth King were called Leopold. The third King of the Belgians was called Albert as is the current king. Both Karel Count of Flanders, who took over as Regent at the end of the German occupation in 1944, and the late King Boudewijn kept up the tradition of royal celebrations on 15 November.Initially, it was called 'Day of the Dynasty' or 'Feast of the Dynasty'. However, an official circular issued in 1953 decreed that the correct name for the festivities is 'King’s Day'.Although 15 November is a holiday for civil servants, it isn’t an official public holiday.