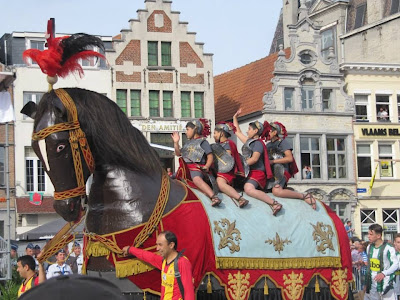 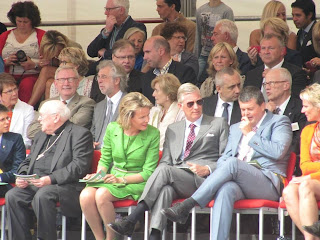 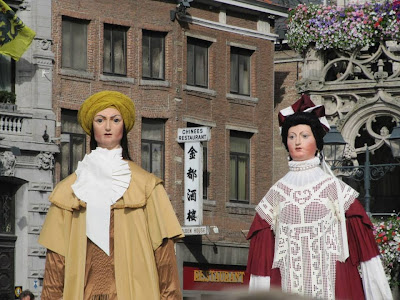 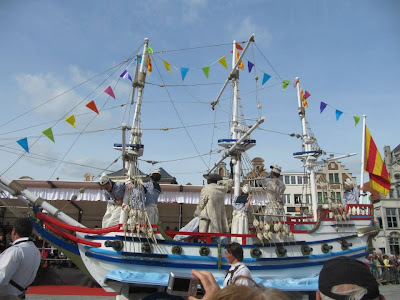 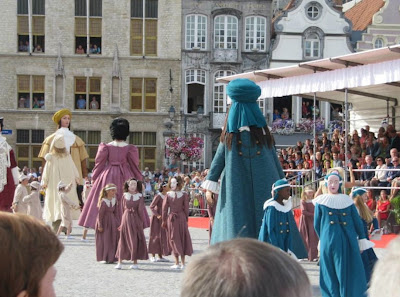 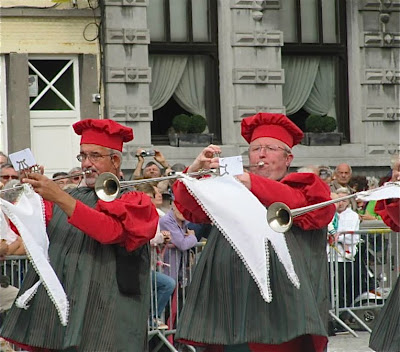 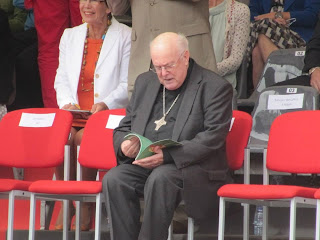 
I did not keep the promise I made in my last posting and interrupted my Friday evening car ride through Brussels because I stumbled on the internet on these great photos, taken by Marian Snoecx, of a wonderful century old custom in the Flemish city of Mechelen.
This parade includes the Hanswijkcavalcade (since 1272!) and the Mechelse Ommegang and commemorates the arrival of the Holy Roman Emperor Maximilian I and other major events of the city.
The first photo illustrates "Ros Beiaard", a gigantic horse from the time of Charlemagne, ridden by four brothers.
Also shown are the city's 15th–17th-century Giants and other serious and humoresque puppets and carts, all typically made on a huge scale.
As shown in the second photo, among the dignitaries in the public are (left to right) Monseigneur Danneels, the Queen and King, and Bart Somers,  mayor of Mechelen.
If you like to know more about the origins, the history, the religious character of the celebrations, see:
http://www.hanswijkjubelfeesten.be/en/content/history-0
http://toerisme.mechelen.be/en/content/11774/hanswijk-cavalcade.html