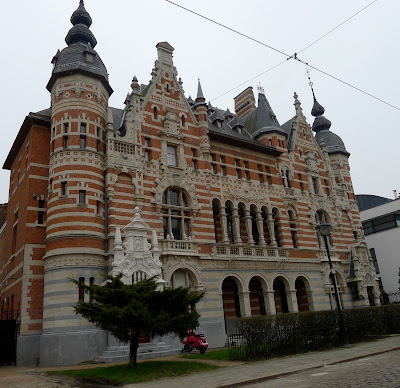 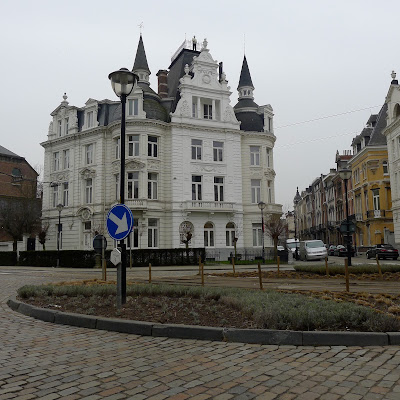 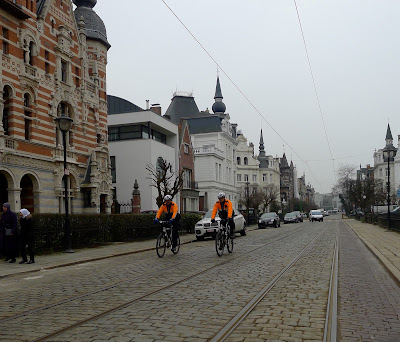 This unique street in the southern part of Antwerp dates from the the middle of the 19th century when the population boom in Antwerp made an enlargement of the city necessary. In 1866 Edouard Osy and John Cogels inherited farmland from their father Baron Jean Osy, The original idea to build new industry there because of the presence of the railroad to Holland, was given up.  New houses were built and by the end of the 19th century the main avenue was named the 'COGELS-OSY' Lei which became the heart of the new 'rich area' of Antwerp.
The multitude of architectural styles and decorations is breathtaking. One can find a house in neo-gothic style standing right next to a house in Art Nouveau style. All the houses were built at the time when all over Belgium the neo-styles were very popular (neo-classicist, neo-gothic, neo-renaissance, etc...).

The area is not very large, the best way to visit it is by walking around, taking a stroll through the streets and enjoying!