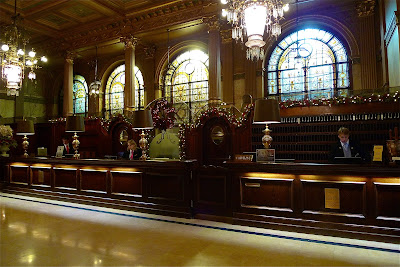 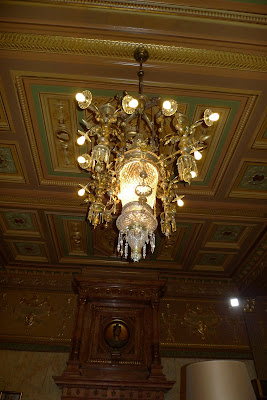 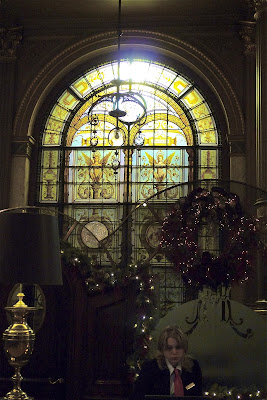 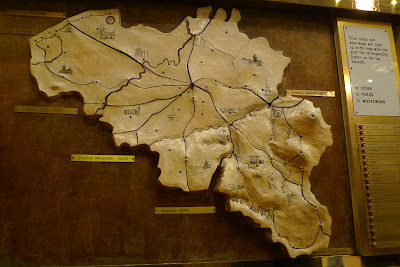 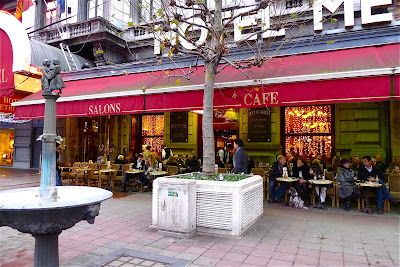 I have been on a short holiday and have to catch up on things. I will prepare a short posting on my trip and introduce you to two great women bloggers I met non-virtually. A whole lot of fun.
For today a copy/paste article on hotel Metropole built in 1895 and the only 19th century hotel in Brussels still in operation today (the hotel has 298 rooms and 15 suites).
"In 1890, two brothers with a brewing company opened Café Metropole as a place in the city to sell their beer. The café was a huge success and the Weilemans-Ceuppens family then purchased the building next-door, a former bank, which would become the Hotel Metropole, inaugurated in 1895. Today, the hotel’s reception desk is easily recognizable as the desk of the former bank, a significant historical and heritage glimpse of the past.
The brothers commissioned French architect Alban Chambon to be the chief designer of the hotel. Today, Chambon’s design of modern comfort and luxury is still a prominent feature of the heritage hotel, which is considered an important historical landmark in the city.
Not only was Hotel Metropole one of the first luxury hotels, it was also the first to have electricity and central heating, and is now the only existing 19th century hotel in Brussels. In fact, many heritage tours of Brussels visit the Hotel Metropole to look upon its facades and design.
The hotel’s reception, lobby, and lounge are overtly ornate with Corinthian columns, rich furnishings, gilded details, and glittering chandeliers – all which can still be seen and experienced today at the hotel. Similarly, the meetings and conference rooms of the hotel are decorated in a Renaissance style.
The Metropole is famous for having hosted the first Solvay Conference in 1911. Moreover, it is the birthplace of the Black Russian cocktail, which was created in 1949 by barman Gustave Tops for the United States ambassador to Luxembourg, Perle Mesta."
http://www.metropolehotel.com/
http://en.wikipedia.org/wiki/Hotel_Metropole,_Brussels