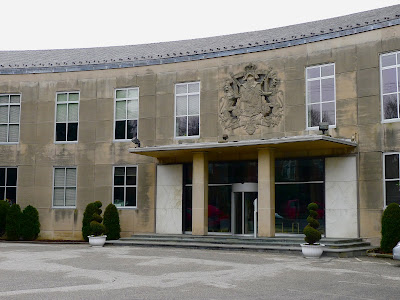 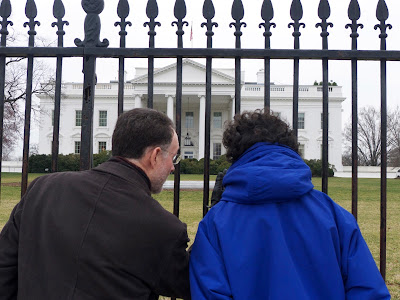 Last week's trip took me to the United Sates. I promised a short report for which I am trying to demonstrate a link with Belgium or at least with the phenomenon of blogging.
I had the pleasure of visiting Washington, DC.
I made a photo not only of  the obvious, the Belgian Embassy on Garfield Street,  but also of another of the most photographed buildings in the world. 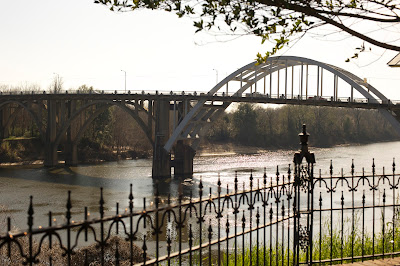 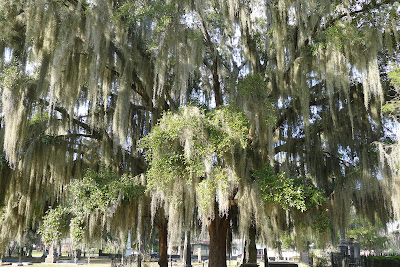 I then went to Alabama,  the state where my husband grew up, and had a great time visiting family.
While there I met fellow blogger Virginia, with whom I share a few interests, such as photography,  blogging and a dear love of Paris.  She also invited Janet to our get-together.  Both of them had been in touch through blogging but had never actually met.  The three of us met in Janet's home city of Selma, whose bridge over the Alabama River shown above became world famous in 1965.
We had lunch in Selma (thank you Jenna for taking the picture of Virginia and Janet and thank you, Janet and Virginia, for allowing me to share it) and then went for a shoot in the beautiful and very old cemetery where the Spanish moss just took my breath away.
Distances in Alabama not being what they are in the tiny Belgium, I did not make it on this trip to the southern most city of Alabama and very much regret not having had the opportunity to meet Genie from Mobile.


Janet is blogger of Selma, Ala. Daily Photo
Virginia's blogs are http://birminghamalabamadailyphoto.blogspot.com
and http://paristhroughmylens.blogspot.com

Paris and Beyond is Genie's blog.

After just this short trip I now have enough photos to start a blog about the South. Inspired by the name of Genie's blog,  what would you say if I'd call mine "Belgium and Beyond"?
In the same spirit as Genie and Virginia who travel regularly to Paris to capture pictures for their blogs, which they write from Alabama, I could do the opposite.
For the time being, I will close the chapter on this trip with only one more post coming soon, because I really want to introduce you to some other people I met.