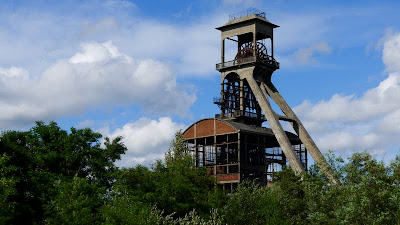 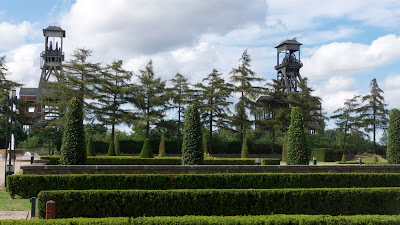 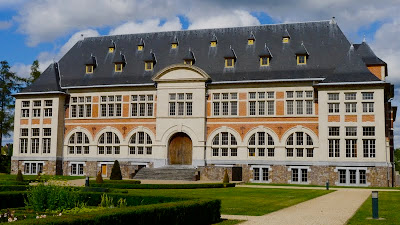 The towers in Eisden (Limburg province) near the Dutch border and Maastricht, are evidence of a rich mining past. Coal mining was an important business immediately after the turn of the previous century. Workers were brought in from everywhere, but after World War II mainly from Italy. Many stayed permanently, and today this area still has many residents of Italian descent.
The mines in Eisden were closed in 1987 because of the decline in the coal market.  Unemployment in the area rose to high levels as a result.
Today the Government has a number of projects aiming to stimulate
the economy of the region.
The neo-classical baroque style building, which dates from 1931, housed the mines management and secretariat. The beautifully kept French gardens form an interesting contrast with the ornate building and the functional towers.