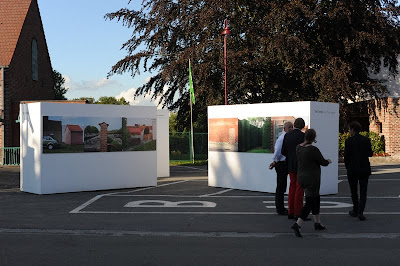 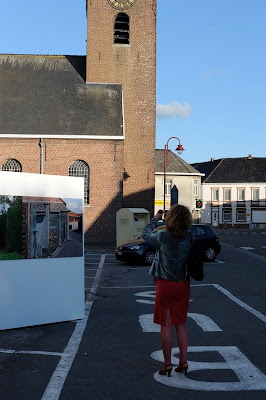 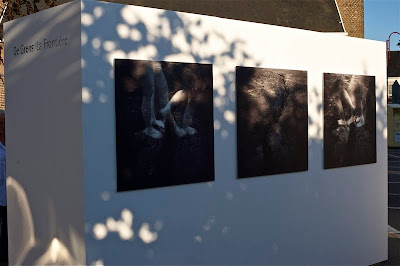 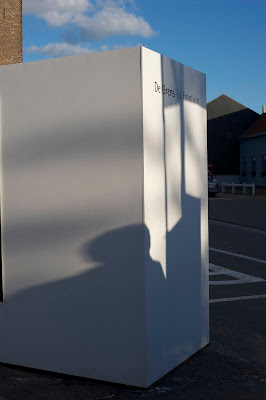 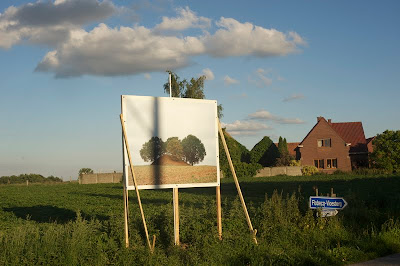 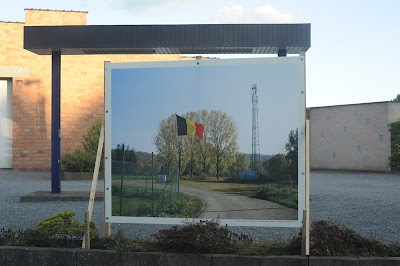 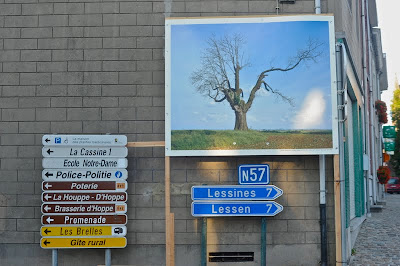 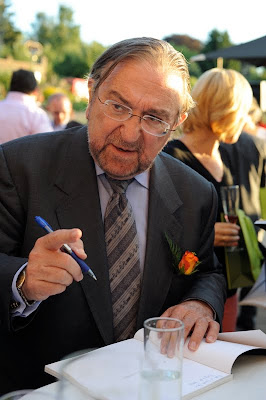 Borders between countries are intriguing...but how about an invisible language border between two communities, Wallonia and Flanders?  Along this magical line running by little towns like Vloesberg-Flobecq,  Everbeek...photographers have exposed their interpretation of the subject in an open air exhibition "De Grens- La frontière" (the border).

The exhibition is organized by the centrum Herman De Croo (see last photo, Belgian politician, served as Minister in several governments, was President of the Chamber of Representatives) and the Centre Culturel du Pays des Colines, by Bozar.


The exhibits runs till September and for those living in this part of the world, I definitely recommend a visit.