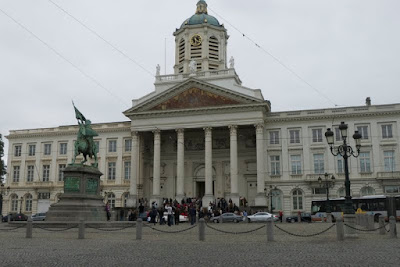 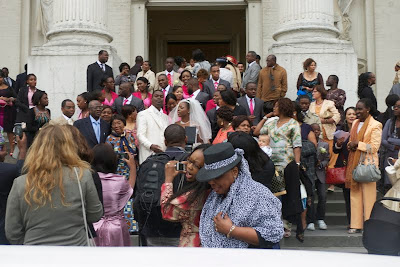 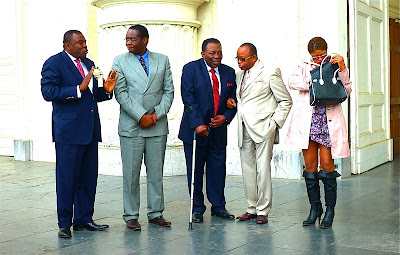 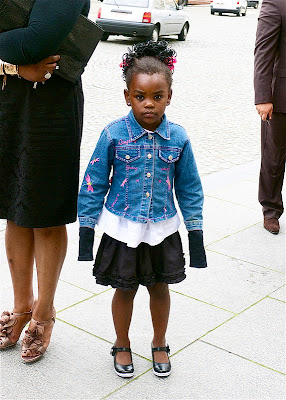 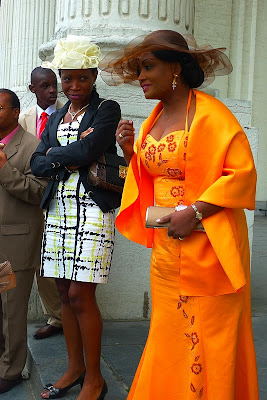 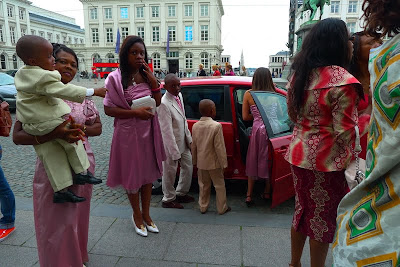 I have not often seen wedding ceremonies at the Church of Saint Jacques-sur-Coudenberg. On July 21, 1831, on the front steps of this church, Prince Leopold of Saxe-Coburg-Gotha took the oath that made him  the first King of the Belgians,.

Also shown is the equestrian statue of Godfrey of Bouillon, the leader of the first crusade in 1096. I will devote a separate post to him, his adventures and the statue.
The last photograph shows the Magritte museum - the building with the two windows showing blue skies, and in the far distance is the spire of Brussels Grand'Place.